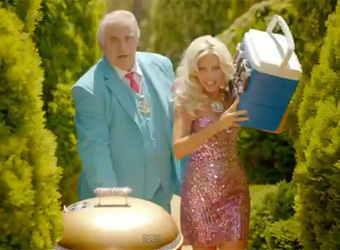 Google has released a list of the top Australian viral ‘ads’ on YouTube for the year to date. From tongue-in-cheek music videos to music festival ‘after movies’, and from movie trailers to trailers for mobile games, the clips on the list are an ecclectic mix.

Several reports into the media and entertainment industries, including PricewaterhouseCoopers’ ‘Australian Entertainment and Media Outlook 2012-2016‘ and Google-Boston Consulting Group’s ‘Culture Boom: How Digital Media Are Invigorating Australia’, have found a thirst for Australian video content, a point reinforced by this viral video list according to Karen Stocks, head of YouTube and Display at Google Australia. “Australian audiences have demonstrated time and again that there’s a huge appetite for Aussie content on YouTube,” Stocks says. “The opportunities for advertisers who understand this are significant.”

Movies, music and games also feature prominently on the list, which hints at an expansion of the type of content deemed ‘advertising’. “Video may be a time-tested medium, but ads don’t need to be professionally-produced TV spots to find an audience and succeed on YouTube,” Stocks adds. “Online, marketers should think popular, not premium, and focus on creating ads that people love to share.”