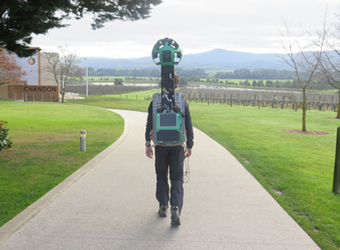 Tourism Victoria has partnered with Google to collect the next level of street-level imagery using Street View ‘Trekker’, which extends Google’s mapping offerings to tourist locations accessible only by foot.

Street View Trekker is Google’s newest Street View camera platform, a wearable backpack with a camera system on top. There are 15 lenses at the top of the mast, each pointed in a different direction to create a 360-degree panoramic view.

The imagery will be stitched into panoramic digital renderings of key destinations and walks and then published on Google Maps, allowing users around the world to take a virtual trip to Victoria online and better plan their trip. 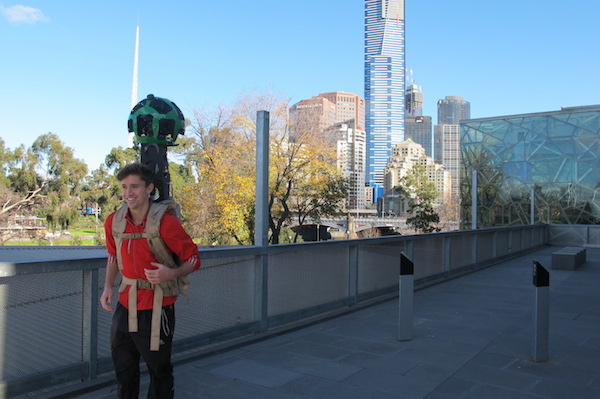 Wearing the backpack will be two staff from Tourism Victoria partner, IE Agency, who will be using the Street View Trekker to take panoramic photos as they walk through some of Victoria’s significant cultural, social and aesthetic locations, such as Hanging Rock, The Royal Botanical Gardens and walking trails off the Great Ocean Road.

Street View Trekker is designed to capture imagery in remote places or places only accessible by foot, giving users the option to view ski-slopes, rocky-mountains and parks. By collecting the images with the Street View Trekker, Google plans to create beautiful panoramic tours that users can easily navigate through in the same way you’d navigate down a normal road on Google Maps.

Victoria’s Minister for Tourism, Louise Asher, said in a statement that harnessing cutting-edge technologies, such as Street View Trekker, will continue to be used promote Melbourne and regional Victoria: “The Victorian Government is pleased to use the Street View Trekker technology to capture 360 degree panoramas of some of Melbourne’s most visited attractions, including Federation Square, the Melbourne Cricket Ground, the Great Ocean Road and the Yarra Valley.

“This latest project through Tourism Victoria, follows the success of stage two of the innovative ‘Play Melbourne’ campaign, which featured ‘Remote Control Tourists’ equipped with wearable cameras and microphones who were directed to explore the city by prospective visitors via a purpose-built website,” the Minister said.

Street View Trekker has previously captured location around the world such as the Grand Canyon, Venice, Mount Fuji, the Galapagos Islands and Angkor Wat.

And now it has fed a kangaroo at Healesville Sanctuary. 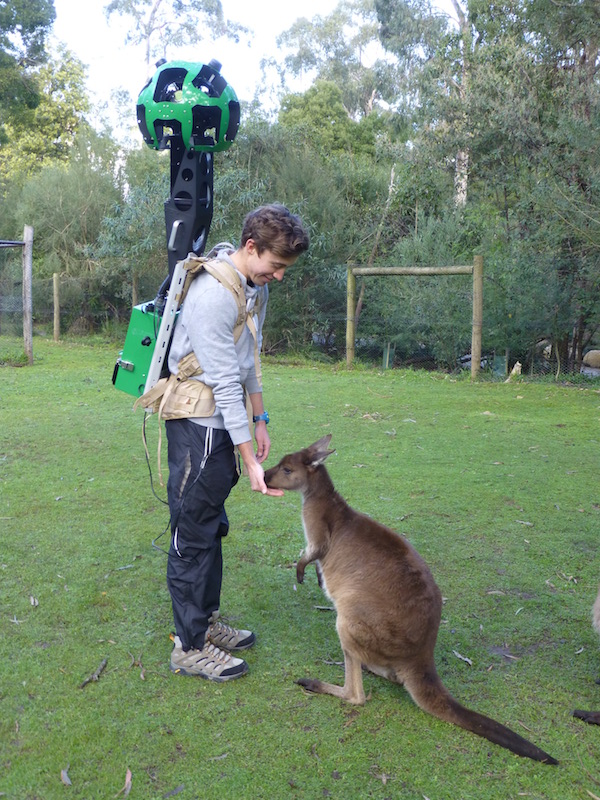