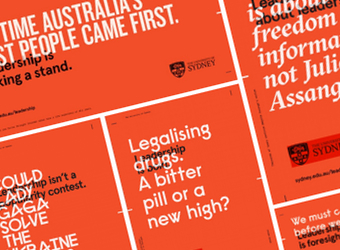 A campaign for the University of Sydney launched last week to start a conversation about leadership by posing thought-provoking questions. To some extent, it seems to have worked.

Campaign creative includes the below pictured selection of thought-provoking questions and profound statements, such as ‘Could Lady Gaga solve the Ukraine crisis?’ and ‘We Must Catch the Superbug before we Catch the Superbug’. 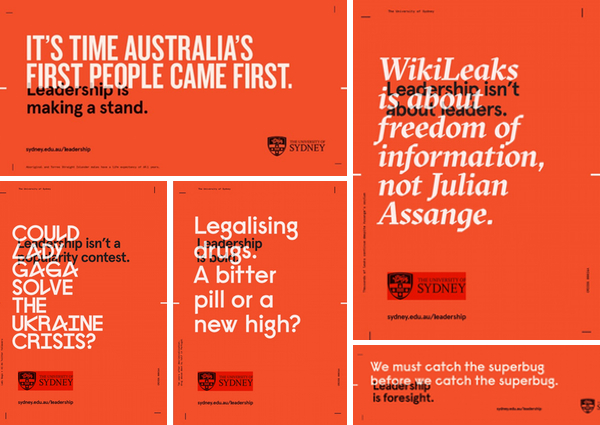 Head of marketing, communications and engagement at the University of Sydney, Johanna Lowe, said: “For more than 160 years, the University of Sydney has been a place of leadership, where new ideas and bold thinking thrive – we were the first university in the world to admit students solely on academic merit, and to open our doors to women on the same basis as men.

“We know that leadership comes from all walks of life and different perspectives, and with this campaign we’re inviting the community to join the conversation on what leadership means today. The thought-provoking issues we’ve chosen are close to the university’s heart, and need genuine leadership. We’re excited to hear perspectives from across the community.” 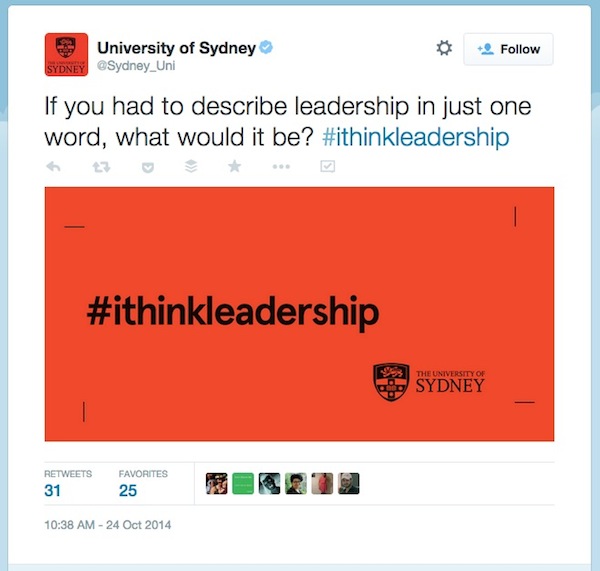 Along with the half-dozen serious replies, there were just as many Twitter and Facebook users who took the opportunity to have a crack about the controversy surrounding emails sent by the now-suspended Professor Barry Spurr.

A couple mentioned Tony, a couple mentioned the University of Melbourne, others simply found the question – a standard Twitter campaign practice – slightly meaningless and took the opportunity to indicate through retorts of varying sarcasm.

In fact, the very first reply on Twitter and the most popular reply on Facebook, picked up that a one-word description of a concept is generally the same word as said concept’s name. So to Mr Lewis we say… congratulations? 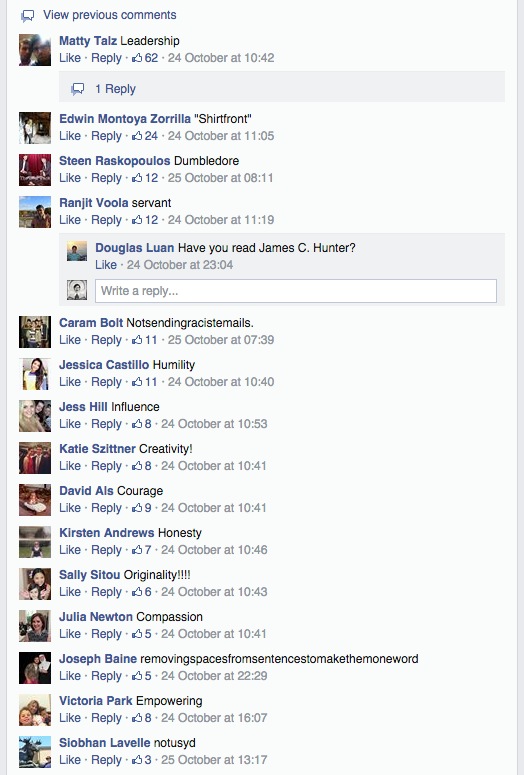