Virgin brings the romance back with slick new campaign

Virgin brings the romance back with slick new campaign 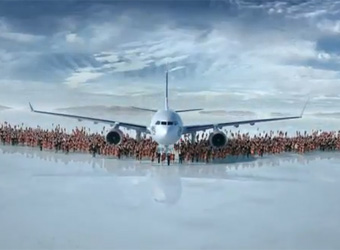 Virgin Australia has released its latest brand campaign, ‘The romance is back’, emphasising the quality of its aircraft and staff.

The TVC shows a Virgin aircraft being magically assembled as each part of the plane flies into place, highlighting a slick interior, larger screens on chair backs and well equipped tray tables.

The message, ‘It takes more than just amazing aircraft to make an amazing airline’, appears before the shot pans across to an army of Virgin hostesses clad in signature red dresses and purple scarves advancing towards the plane.