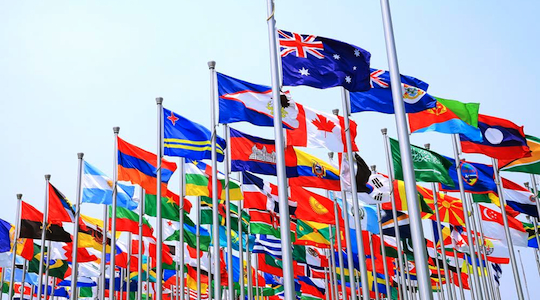 Volkswagen’s fitting of up to 11 million vehicles with software intended to deceive emissions tests has dealt a huge blow to not only its own brand value, but to the power of the entire nation brand of Germany itself.

Brand Finance’s Nation Brands Report evaluates the financial impact of the image and reputation of countries each year. The report shows the value of ‘brand Germany’ has dropped by US$191 billion to US$4.2 trillion – down 4% on 2014.

Germany’s decline has seen Singapore take the number one position as the world’s most powerful nation brand for 2015.

Germany has held the position as the world’s most powerful nation brand due to its reputation for efficiency and reliability, and have even this year – up until the VW scandal – enjoyed positive growth in brand value. The VW scandal however has cast aspersions over the practice of German industry.

The report ranks national brand power determined by reference to a nation’s performance across the three key ‘pillars’ of goods and services, investment, and society, weighed up in consideration with GDP and cost of capital, to generate a value and rating.

This can in part be explained by poor tourism figures. Tourism Australia’s 2013-14 annual report showed the contribution by visitors in the form of total overnight spend to the Australian economy was tracking below the lower limit of of the Tourism 2020 goals, which saw 2013’s $80.4 billion result falling short of TA’s $83.2 billion target.

Tourism Australia has now enlisted David Attenborough to promote the Great Barrier Reef in a new three part documentary film series, and also the filming of a $45 million ad campaign promoting Australian coastal tourist attractions to the rest of the world.

Singapore was the most successful of our Asian Pacific neighbours, actually taking top spot as most powerful nation brand after Germany’s fall.

Other notable examples being New Zealand’s ranking as fifth most powerful nation brand, and Indonesia’s 10% increase in national brand value from US$511 billion last year to $564 billion this year.

The USA held its spot as the most valuable nation brand, due in part to its inviting business climate, but primarily due to its sheer economic scale.

This, combined with the soft power held due to its world dominance of the music and entertainment industries, is expected to see the USA retain the title of most valuable nation brand even after China’s seemingly imminent rise to become the world’s greatest economy.

In the report, China has retained its place as second most valuable nation brand, with a national brand value of US$6314 billion.