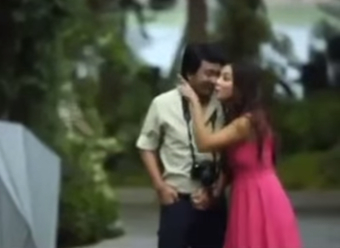 People feel a sense of ownership when it comes to tourism commercials as they represent the country they call home, so you can imagine their sheer dismay when they are served up something as cringe-worthy as the below commercials. Take a look.

Quite possibly the most cringe-worthy tourism ad to ever exist, ‘Your Singapore’ follows a loved-up couple celebrating their anniversary as they point excitedly at the city-state’s landmarks. There’s no faking this chemistry.

Australia – Where the bloody hell are you? 2006

It was the ad that launched Lara Bingle’s career, and Australia’s reputation as a foul-mouthed country – at least in the eyes of foreigners. Australia’s tourism board never predicted the campaign would cause such an uproar. Beer, babes and beaches – how could you go wrong?

“Holy mother of god!” Israeli women are beautiful. In 2007, Israel launched a racy set of ads in an effort to change the image of a country known primarily for guns and religion. Needless to say, the ads offended a number of religious groups.

In a bizarre move, Denmark released a hoax ad in which a Danish single mother takes to the internet to find her foreign baby daddy. “The next morning when I woke up, you were gone… If you are out there and you see this, please contact me.” The ad perplexed viewers before being promptly removed from YouTube on charges of promoting promiscuity.

Geez, finding a travelling companion is hard; all those arguments over money and which sights to see first. Why not just call up your polar bear friend to see the Canary Islands with you instead?

No your drink hasn’t been spiked, everything in Manila actually sings to you. With a catchy chorus and a rap breakdown, this quirky ad gets full marks for creativity. Visit Manila! Lalala!