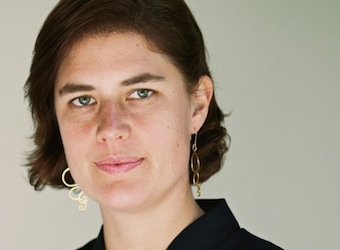 Upworthy is the digital publisher that’s built its reputation being everything a media outlet is not meant to be. It curates, or repackages, other people’s content only. It publishes no text, just videos and other visual content. It focuses on compelling issues for a non-metropolitan audience, using colloquial language. It doesn’t have an editor, but hires ‘curators’ to find worthy stories. It wears its opinions on its sleeve. Its sub-editors don’t correct grammar or made up words (Q: What do they do? A: Fact-checking, mostly).

All that is part of the site’s strategy that its editorial director, Sara Critchfield, says is about reaching ‘the people’ (as opposed to to well-off people in metropolitan areas only) with content that must be both compelling and get attention (a  product of views, shares, time spent watching, determined through a proprietary analytics engine). Oh, and it’s now pulling in 50 million unique users a month while publishing an average of just under seven pieces of content per day.

Critchfield told the audience at Vivid Ideas this week that any digital content needs to go where its audience is. That sentiment may not be new, but Upworthy has been particularly ruthless in this pursuit. Critchfield notes some (US) statistics that show Facebook is where ‘regular’ people spend most of their social time online.

“At Upworthy we have optimised all of our systems for Facebook. Tumblr and Pinterest are are next priorities. Twitter has been a very, very small part of our strategy,” she said. “Twitter’s the thing for, mostly, media elite, but if you want to be where the people are, the people are on Facebook.”

Part of going where the people are, Critchfield says, is not just where they spend their time online, but  where their minds are. “There’s been a long-standing tradition in the United States, and I’m sure the world over, where the people creating news, marketing and media are living in the big metropolitan areas… the 4% of elites that are creating media for the rest of the country. We wanted to say, what about that other 96%? What would media look like for them?

“So we went with this strategy that is a lot more accessible. I always think about the soccer mother in Kansas. She’s got two jobs. She’s struggling to make ends meet. She’s got two kids, she’s dropping them off. She just doesn’t have time to read that article on energy policy, that 5000-word article. And it’s not that she doesn’t care, and it’s not that she’s stupid, and it’s not that she’s a bad person. She just does’t have time. So we decided to go visual only on Upworthy. We have videos, info graphics, images and things like that… You can get so much information across in a two-minute video.

“We do compelling content only, and this is really key for us. Nothing that is dry or boring gets put on Upworthy. It’s really important in the attention space that everything is compelling. That means for us gripping, or thought provoking, emotional… It has to grab you. I always tell my curators that they want to reach through the screen and grab somebody.”

One of the key takeaways from Critchfield’s presentation that any content creator in media or marketing or any other field that wants to get attention online, is packaging. Worthy content that doesn’t get seen is pointless, she says. And packaging is simple: it’s headline and image – the stuff that gets shown when an article is shared to a social network. Upworthy curators can spend days tweaking and testing headlines for a single piece of content to get uplifts in click through of 5% or 10% or 30%, while images need to be optimised for the channels through which it’ll be shared.

For Upworthy that’s Facebook. It’s been two years since social networks overtook Google as the top referrer of traffic to the site, so the largest chunk of those 50 million monthly unique users are coming through Facebook. For any content creator that distributes through social networks – be it publisher, brand, or individual – a blinkered focus on the image and headline that people see in their feed is the single most important thing to focus on.