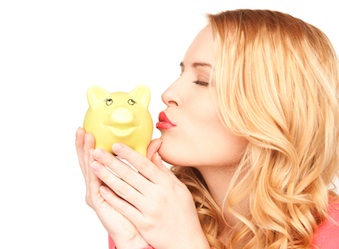 Women want to be taken more seriously by the big banks, a survey has found, with only only 40% of women surveyed believing banks truly understand the needs of females.

Women also voiced that extra care needs to be given to time-poor mums, who are more likely to be controlling the households finances and provide better advice to female customers.

With 69% of women singularly controlling their household finances, and just 10% stating they leave all of the money stuff up to their partners, this is an important market to impress.

Women’s marketing firm, Hello I’m Venus, commissioned the survey to determine women’s perceptions of Australian banks, and their understanding of how to reach the needs of women.

The survey was conducted online across October and November last year with a total of 409 women between the ages of 25 and 50 years. Almost half (47%) of women agree that, at times, their main bank does not take them seriously and reveals a great lack of understanding from banks when it comes to female customers.

The Commonwealth Bank has the largest share of the market and its share amongst the 25-29 year segment is particularly high. ANZ has the second highest market share overall, with its highest share in the  30-34 year segment.

Commonwealth Bank emerged as the most desirable bank for women with approximately 10% holding the view that it is a highly desirable brand, almost twice the proportion other members of the big four achieve. However, the CBA brand polarises, because it is also the brand that topped the ‘least desirable’ result too.

Women who don’t bank with the main banks hold a higher perception of the way they are treated as customers. This suggests the smaller players, such as Bendigo Bank, are doing a better job in both service and communication.

“With one in 10 women stating that banks do not understand what women want from a ‘banking relationship’, it’s clear that there’s a lot of work to be done for banks looking to truly connect with the female consumer,” says Bec Brideson, director of Hello I’m Venus.

“As women control over 80% of discretionary household spending, she’s the one choosing who to bank with, and she’s the one banks need to communicate with,” she adds.