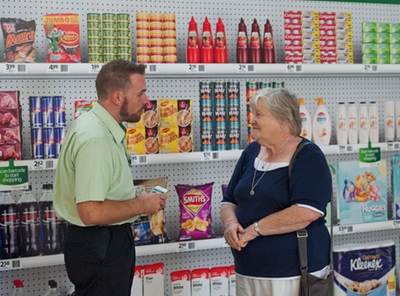 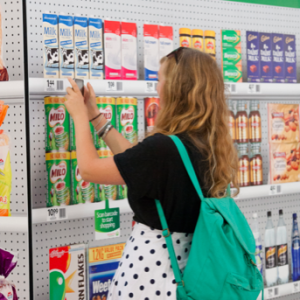 To promote an update to its popular smartphone app, Woolworths has opened virtual supermarkets in two of Australia’s busiest train stations.

Sydney Town Hall station and Flinders Street station in Melbourne will be home to the virtual stores for the next week in what Woolworths describes as a trial for mobile shopping, as well as a very buzz-worthy promotion for the iPhone and Android app’s new abilities.

Prior to last week, the app allowed shoppers to make a shopping list and plan a trip around their local Woolworths store, but the update adds the ordering and delivery functions previously only available through the supermarket’s website. Adding ordering to the app was a direct response to user feedback, says Has Fakira, Woolworths innovation program manager. Users can now build a shopping list, order and have their purchases delivered, next day at the earliest.

While the ‘stores’ are not quite disruptive innovators of sales channel norms, they are a novel twist on stock standard billboard advertising, and Woolworths is already planning expansions. Fakira tells Marketing that the next stop is bus shelters in the country’s five major cities.

Marketing strolled around the aisle of the Flinders Street store earlier this afternoon, noting the barcodes (not QR codes), a mix of brands (not just private labels) and a distinct lack of people trying it out (although it is only the first day). Also present were green-shirted Woolies staffers who we are assured were plucked fresh from nearby stores, not the corporate marketing department.

And in a refreshing twist, the promotion promises less than the product actually delivers. The virtual stores are limited to 120 products in two locations across Australia, whereas the app has access to Woolworths’ full range with ordering possible from anywhere WiFi or cellular data is available.

Fakira explains to Marketing that the virtual stores are more about drawing consumers’ attention to the fact they can do their grocery shopping from a smartphone than a serious new business innovation, as education will be a barrier to first use to many people. 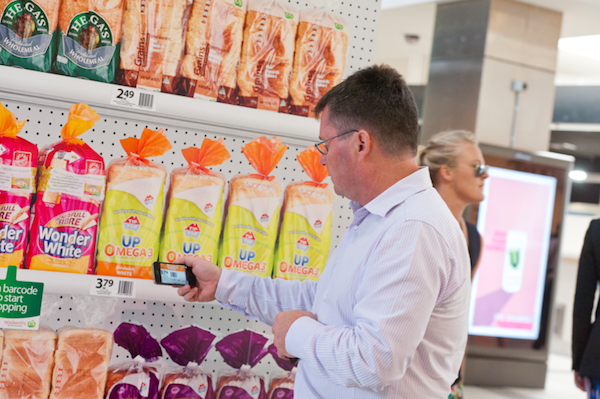 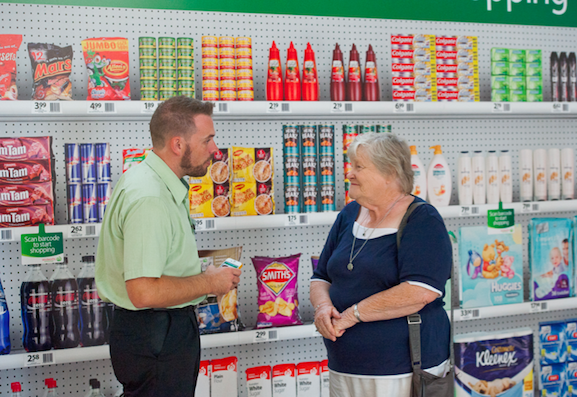 « Print circulations drop with many publications shedding 30% of readersAFL to apply for .brand domain name »