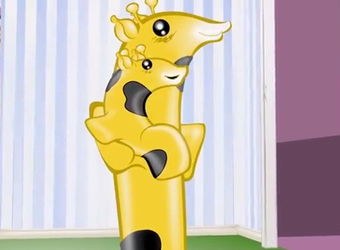 A group of young disability program participants were awarded for their advertising talent at the International Summit Creative Awards recently. The group are members of the The Portfolio Project, a joint initiative of GWF Creative (formerly Goodwill Freelancers) and Disability Services Australia, which seeks to create employment opportunities for young people with disabilities in the advertising industry, by training them on live briefs for real clients.

The Portfolio Project and GWF Creative were awarded Silver for their Kidsafe Victoria animated public service video, which warns children of common dangers around the home. The team were awarded Bronze for their Angels4Olivia multiple media and television commercial campaign, produced in conjunction with DoubleSee Media Tasmania, which raises awareness around the issue of bullying, following the tragic suicide of nineteen year old bullying victim Olivia Penpraze.

The Portfolio Project competed against over 5000 entries from 24 countries, including the United States, United Kingdom, Japan, Brazil and Australia, to win the prestigious awards. Working with a small team on a meagre budget, The Portfolio Project competed against established creative agencies which bill up to $30 million annually, and placed alongside a $10 million budget campaign in the same category.

Duncan Mah, the project’s co-founder, says, “This award is a fantastic achievement for these incredibly bright young people. It demonstrates that given the opportunity, people with disability have significant contributions to make to the advertising and creative industries.”

The Portfolio Project has now been established for 12 months, successfully placing two young people in Sydney advertising agencies. A further two young people have been retained by GWF Creative on a freelance basis for concept development and digital illustration.

Here are spots from the winning campaigns.