Apple’s plan to stop mining materials from the earth

Apple’s plan to stop mining materials from the earth 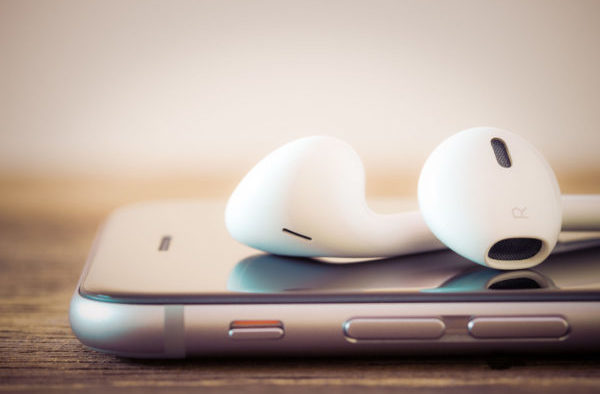 Apple has made clear its plan to work toward making all of its products with recycled materials, reports Tiffany Paczek.

Apple has released its ‘2017 Environmental Responsibility Report’ and, although traditionally tight-lipped about company developments, this time has chosen to release its plans despite not having a mapped timeline. The report highlights Apple’s ambitions and focuses on three priorities: conserving precious resources, pioneering the use of safer materials in all its products and processes, and reducing its impact on climate change by using renewable energy sources and driving energy efficiency in its products and facilities.

In short, Apple plans to make all of its products with recycled materials. Ultimately, this means putting an end to mining materials from the earth.

Apple states in the report, “We mapped our carbon footprint, and we’re working to eliminate it. When we measure our carbon footprint, we include hundreds of suppliers, millions of customers, and hundreds of millions of devices. And we’re always looking for ways to make the biggest difference in five major areas: manufacturing, product use, facilities, transportation, and recycling.”

In order to forge a closed-loop supply chain, where products are made using only renewable or recycled resources, Apple will continue to invest in ways to recover materials from its products. Its line of disassembly robots, named Liam, will play a large role in this scheme, in recycling and reusing Apple’s own components to produce new devices and encouraging customers to return products through the recycling program, Apple Renew.

For example, Apple currently melts down iPhone 6 aluminium enclosures that have been recovered from Liam to make Mac mini computers for use in its factories. Additionally, it is transitioning to 100% recycled tin solder on the main logic board of iPhone 6s.

Apple’s vice president of environment Lisa Jackson says, “We’re pushing our manufacturing partners to join us in the fight against climate change. Seven major suppliers have now pledged to power their Apple production entirely with renewable energy by the end of next year.”

In 2016, 96% of the electricity used at Apple’s global facilities came from renewable energy, reducing its carbon emissions by nearly 585,000 metric tonnes. It is 100% renewable in 24 countries and in all of Apple’s data centres.

Jackson says, “It’s clear to us that now, more than ever, we can show the way to a better future. We’re constantly working to show what’s possible and inspire others to create a healthier environment. We’re devoted to improvement and openness, and we encourage you to join us in working to leave the world better than we found it.”

Tags:
Previous Article
Rocket Fuel integrates IBM Watson Discovery
Next Article
Show them the money: how to make CX pay for itself