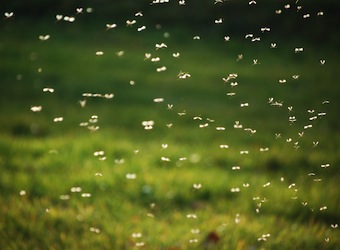 As community managers swarm on Sydney next week at an annual conference for professionals working in the space, titled, ahem, Swarm, the event’s co-founder says the biggest challenges the discipline faces are business buy-in, evaluation and the effects on communities from the mass adoption of social media.

Alison Michalk, co-founder of Swarm and CEO of Quiip, a community management firm, has told Marketing she expects a great deal of discussion around obtaining executive support and how to best measure and evaluate branded communities.

Michalk also highlights the absence of formal qualifications or training as part of the challenge. “However, it’s one likely to be addressed in the short term,” she says. “The 24/7 nature of social media and online communities is a resourcing challenge, and one only likely to increase.”

Quantity can come at the expense of quality, which Michalk views as much more important to business outcomes of a community, and Nick Riggs, manager of digital and emerging technologies at Life Education Australia, says that the ease of participation brought about by the adoption of social media has resulted in quantity flooding quality. “Community professionals today work in an environment where social interactions are just one click away – be it sharing, liking, pinning, ‘+1’ing or ‘favouring’ content. This ease of participation has driven huge numbers of people to participate in social media at the expense of building deep mature communities.

“As community professionals we need to ask ourselves how we can encourage more people to contribute in more meaningful and varied ways and democratise participation in online interactions,” says Riggs.

Michalk rejects the notion that branded online communities are a fad, citing their long-term commitment and predicts frustration with social networks such as Facebook will see more appear, although many won’t have the staying power to succeed: “Online communities in a business context are a relatively new concept, however, they take too long to build to be perceived as a fad. You can get an Instagram handle in a second, and a community in a few years!

“Being that communities require a long-term investment, the vast majority will fail and only those companies who recognise the significant long-term value will have a chance at success,” Michalk says.