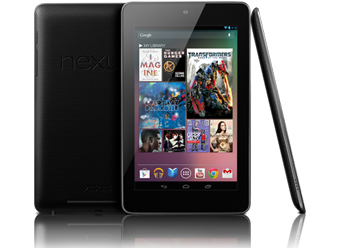 Unlike the mobile phone market, where Android is gaining ground on iPhone’s dominance in Australia, the iPad looks set to dominate tablets for several years to come, with analysts commenting that Google has not addressed at least one major area of concern to marketers.

The next iteration of Google’s Android operating system, Jelly Bean, paired with an aggressively priced seven-inch tablet from partner Asus was announced at Google’s Developer’s Conference.

The device, which will be marketed under Google’s own brand, is a major step forward for Google’s Android tablet strategy in that it breaks the dichotomy that exists presently between low-priced, low performance devices and over-priced, high specification devices.

The Nexus 7 borrows heavily from the Amazon Kindle Fire in that it puts content front and centre, but according to technology analysts Ovum it doesn’t solve the biggest challenge for Android tablets: the lack of apps optimised for the larger screen size. At seven inches, this problem is less acute, but Google said nothing about how it will address the issue, which will be an impediment to marketers looking to utilise Andorid tablets.

Google announced that it would begin seeding a platform developer kit, or PDK, to hardware vendors several months before the platform is launched to users, in an attempt to reduce both fragmentation, address the content issue and cut down the delay in getting the latest version of Android onto devices and into users’ pockets.

“The new version of Android includes some good improvements including a competitor to Apple’s Siri and an innovative new service called Google Now which uses artificial intelligence to serve up information relevant to the user’s context proactively,” Dawson adds.

“Overall, the event saw Google start to pick at several major issues it faces with partial solutions, but it still has significant challenges across its device portfolio which it is far from solving.”

According to technology news site, ZDNet, leaked documents reveal that the Nexus 7 could be launched in Australia as early as July.