The last edition of the publication in Melbourne, Sydney and Brisbane will go out on 12 June.

“The decision is a reflection of the changing reading habits of commuters who now turn to their mobile phones and tablets on their way to and from work,” a News Corp spokesperson told media.

The closure will put about 30 jobs on the line – the company says some will be redeployed but others face redundancies.

In March, the mX team was restructured and the papers relaunched with a new-look design.

Music recognition app Shazam is branching into visuals with the introduction of visual recognition capabilities offering brands the opportunity to make their products and promotional materials ‘Shazam-able’.

Brands can now place the Shazam logo on items, allowing users to get instant access to custom mobile experiences, including interactive content, special offers and the ability to purchase items or share them with others.

“People who Shazam the posters can book tickets to the movie, watch the trailer, enter competitions and even explore the Jurassic World park on their smartphones, without having to download new apps. The Jurassic World theatrical trailers, TV ads and Out Of Home posters all allow people to access the same mobile experience via Shazam.” 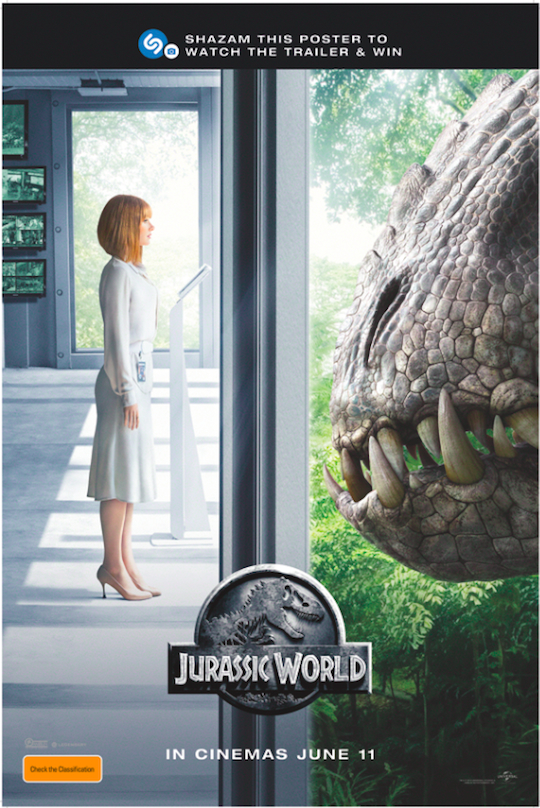 The new format allows users to swipe left on an ad to see additional images and a ‘learn more’ link to the brand’s website.

Instagram first launched this feature for brands in the US about two months ago.

“Embracing these cutting-edge opportunities means we are no longer bound by a single story and can showcase multiple truly fantastic Crown experiences that are available to our customers.”

News Corp Australia has launched a new campaign focusing on ‘the power of Sunday’.

“Sunday is our largest audience day with our readers also spending 51 minutes on average reading the Sunday newspaper. Because of the Sunday mindset our readers are more receptive to brand messaging  as well tactical executions, with our research showing a third of people have purchased an offer after reading about it in one of our Sunday papers.”

OOH grows again in May

Out-of-home net revenue has grown 12.5% for the month of May compared with the same period last year, following on from a trend of growth this year.

Previous Article
Online affair between Pizza Hut and Four’N Twenty leads to “lovechild”
Next Article
Brain trust: Can the design process be automated?