Media Strategists: be not afraid of programmatic advertising

Media Strategists: be not afraid of programmatic advertising 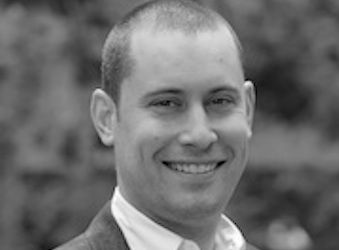 The fear that programmatic advertising will lead to computers taking away the jobs of media buyers is about as likely as a computer being appointed to coach an AFL team. The influx of data and statistics has changed the way sport is recruited, coached, reported on and enjoyed by fans. This data would mean nothing without experienced professionals to interpret and gain insight from it. This is mirrored in online advertising, where new roles and skill sets have emerged. What remains unchanged is that advertising is still about connecting brands with consumers and media buyers will always play a critical role in that process.

There is no doubt that automating the buying and selling of advertising space is an incredibly exciting step in the right direction, and the media world has everything to look forward to and nothing to fear.

So what is programmatic advertising?

Put simply, programmatic advertising is the buying and selling of online ad space through an automated exchange in real time. There are three main players in this game: the publisher who sells inventory, the agency trading desk that uses data and technology to buy the inventory and the advertiser who wants to place its ad in front of the right consumer at the right time.

When a consumer lands on publisher’s site, cookies in their browser are analysed to reveal unique characteristics. Basic information on their age and sex, right down to the specific details of what they’re searching and which websites they have previously visited, are all analysed. Within milliseconds, through a pre-set automated system, advertisers can begin bidding for the opportunity to connect with this consumer through relevant advertising that matches their interests and needs.

Real-time bidding (RTB) is taking off:

Online advertising is experiencing a huge global boom. Earlier this month, the IAB recorded that online advertising has, for the first time, overtaken TV as the highest ad-spend sector. In the first six months of 2013 alone, online ad revenue totalled $1.88 billion compared with TV’s $1.80 billion. To put this growth into perspective, it is expected that by 2015, 25 percent of all online advertising spend in the US will be allocated to real-time bidding. Australia isn’t far behind – it’s becoming clear that a revolution of digital ad buying is taking place.

As online shopping becomes more prevalent, savvy brands are recognising the real value of capturing and utilising data. Programmatic advertising is the next generation of demographic profiling, and processes real-time information based on what a consumer has actively expressed an interest in. This ability to meaningfully connect with real-time consumer data is incredibly exciting for the advertising and marketing world.

The value of programmatic advertising lies in its ability to target the user. In the past four years, big data has become synonymous with big business, generating global industry revenue exceeding $1.5 billion. To illustrate the sheer scale of this, Mi9 has access to 14 million registered users who can be targeted on a number of levels, right down to their offline location. The gut feeling that has typified the Mad Men advertising age of years gone by has now been replaced by something much more sophisticated. This means each aspect of advertising targeting can be led by meaningful and instant insights into consumers.

The Transformation era RBT is instantaneous, direct, targeted and takes the speculation out of media buying strategy. As data provides advertisers with an almost guaranteed stream of revenue, there will be a shift towards online advertising as the most measurable and direct form of media.

This raises the question: do advertisers care about content or are they more concerned with ROI? In my experience, advertisers do care about content, however, the ROI is often the key priority. With all of the work and investment that goes into establishing and growing a brand, premium content is critical in ensuring that this is maintained.

RTB allows advertisers to buy inventory on sites they may never have considered, at prices publishers would never have been able to demand previously. We are seeing three times the yield on inventory we are running through the exchange compared with what we received prior to its launch. Using data in real time adds value on both sides of the equation and creates a real win-win scenario.

It has been said that RTB is just a means for agencies to make a profit and devalue inventory. Agencies are embracing programmatic to help their clients stay ahead of the curve and provide the best results. While some may view this as an opportunity for a short-term grab for profits and have structured their business models accordingly, this short-term view isn’t in the best interests of the industry and their clients.

Much like Hawthorn’s decision to recruit left-footers in the lead-up to the 2008 premiership because of data showing they have a higher kicking efficiency, or Billy Beane’s decision to favour hitters with the highest on-base percentage (as shown in the movie Moneyball), data will influence the decisions that media buyers make. Some of those decisions will happen programmatically through exchanges and others will continue to be transacted the way they always have been. Either way, it’s the human capacity to combine insight and imagination to solve problems and create inspiring work that will continue to separate people from machines.

Programmatic trading will mould the advertising industry into a more innovative version of its previous self, and open endless possibilities that will improve results, effectiveness, efficiencies and yield.

If we can learn anything from sport, it’s that we have to embrace the data, as it will not only improve the effectiveness of ad spend, but we will learn a thing or two ourselves.

Previous Article
Amway’s journey from 100,000 print catalogues a month to digital
Next Article
8 reasons word-of-mouth marketing should be on everyone’s lips