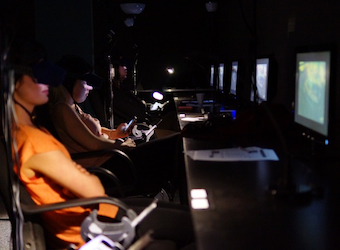 In the ultimate pursuit to discover the impact of social media interaction on viewers’ engagement, MEC and Seven recently united to undertake a neuroscience study with Neuro-Insight, with the study revealing that when TV viewers interacted with social media while watching a program, there was a 9% increase in program engagement.

Participants were monitored though hidden cameras as they examined a live broadcast of the Seven Network’s reality show X-Factor late 2012, with the results flying in the face of the theory that second-screen usage during TV viewing negatively impacts audience engagement.

The study is proving to be good news for the value of TV sponsorships and social media extensions according to Kurt Burnette, Seven Network’s chief sales and digital officer.

“Seven Network can use these insights to improve our clients’ communications effectiveness. Sponsors that are fully integrated in a TV show can capitalise on the higher intensity of engagement and enjoy better results,” he says.

Peter Pynta, director of marketing at Neuro-Insight, added: “Never before has a study been done that measures neurological responses to live TV viewing, at such a granular level, with such a robust number of interactions.”

With a range of mind behaviour tracked, including ‘reset moments’ where viewers returned to an engagement level higher than before, a cumulative increase in engagement over the period of 26%, the study also found that second-screen interaction positively impacts Detailed Memory Encoding – the ability to remember specific elements of the broadcast.

MEC chief strategy officer James Hier reiterates the good news for advertisers: “This study teaches us that advertising messages should capitalise on viewers’ heightened receptivity to details, and that we should optimise the type and timing of advertising messages within a TV program”.