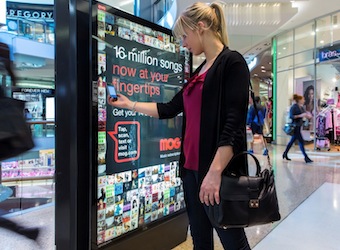 The Australian out-of-home industry continues to experience healthy growth at a time when other traditional media are seeing a decrease in audience and market share, but its 11-quarter unbeaten run ended in quarter four 2012 with a 4.2% year-on-year decline.

But despite benefiting from a strong first half of the year which saw 4% and 2% growth in Q1 and Q2 respectively, and an awfully successful third quarter resulting in 6.5% growth, the OOH industry experienced its first quarter of decline in almost three years in Q4, following a slow retail market in the lead up to Christmas.

“These positive annual revenue results again prove the staying power of our industry,” says Charmaine Moldrich, CEO of the Outdoor Media Association (OMA). “We are incredibly proud of the resilience our industry has shown through a tight economic climate.”

“Despite a comparatively small drop in revenue in quarter four, we mustn’t forget that this follows 11 consecutive quarters of strong growth for the OOH industry – a solid performance unmatched by any other traditional media,” says Moldrich.

OOH’s ability to keep growing in a volatile media landscape is attributed to its flexibility and foresight, plus its ability in developing “exciting digital and interactive interfaces,” continues Moldrich.

Other achievements in 2012 include: