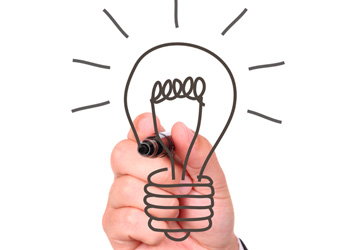 Global FMCG giant Procter & Gamble has set its sights on innovation that creates entirely new categories, in a move which will see it triple its innovation output.

Comments made by the company’s innovation head suggest the firm will attempt to launch a raft of “disruptive” innovations, comfortable in the knowledge that by nature many such innovations are likely to fail.

The new wave of innovation planned for release in the near future could involve up to 30 new products and launches at triple the volume that the company produced in the last five years, Cincinnati Business Courier reports.

“We’re going to want to strengthen our innovation program so that there are no gaps … so that we’re constantly bringing new products, new brands, new categories to market.”

The firm appears prepared to accept failures as collateral damage in its search for the new revenue opportunities disruptive ideas offer. It spends around $2 billion on research and development every year, and recently gathered together executives from its innovation, marketing, insights, technology and design teams to source new ideas and potential intellectual property.

Among the items the firm has already announced it will launch in early 2013 are Pantene Age Defy in the beauty category, Cascade Platinum dishwasher tablets that clean the inside of machines as they work, and Mach3 razors for sensitive skin.

“Not all of these will make it to market,” Mesquita added. “Such is the reality of disruptive innovation. But we are confident that many will.”