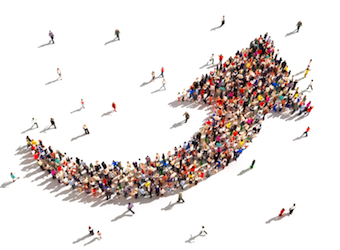 SMEs’ confidence about the year ahead has risen to 53% after a drop to 47% in June, according to the September 2014 Sensis Business Index.

Support for the Federal Government rose slightly but remains weak – 24% of SMEs believe its policies are supportive of small business and 29% believe they work against the interests of the sector.

The government’s aims to reduce debt and red tape and boost the economy have contributed to a slight increase in support.

But SMEs believe the government is focused more on big business, is too bureaucratic and that its policies are affecting consumer spending.

State and Territory Governments are receiving similar sentiment – 22% of SMEs believe theirs is working against small businesses.

Tasmania is the only state or territory in which perception about the state of the Australian economy is positive, while everywhere else it is neutral or negative.

This quarter, SMEs are more likely than in the previous quarter to be expecting business boosts including increases in sales, employment, wages, prices, profitability and capital expenditure.

The highest levels in confidence came from the finance and insurance sector.