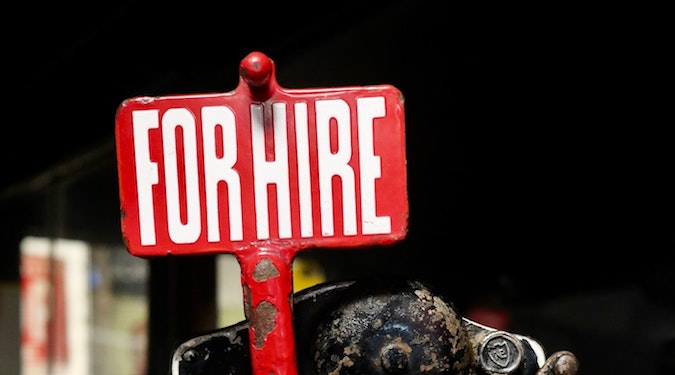 It’s forecast that by April 2022 circa 41 percent of Australians will resign from their jobs, but such predictions have been wrong before. Be aware of the inaccuracy around the predicted ‘great resignation’, writes Sue Parker.

Bold predictions drawn from surveys, polls or public sentiment don’t always translate to reality. The unwinnable May 2019 Federal Election for the Liberal party is one of the greatest examples of this. Labour was a shoo-in based on opinion polls and forecasts. But with Sportsbet paying out $5.2 million early on a Bill Shorten win, that didn’t eventuate.

And now, similarly ‘sure thing’ predictions are being made about the Australian workforce’s future plans. Branded the ‘great resignation’ it’s an outstanding conjecture without a bookmaker in sight. Coinciding with the predicted onslaught of resignations will be widespread candidate shortages impacting most sectors. The marketing sector of course will also be impacted greatly.

It does seem a bit of a contradiction of issues and, if 41 percent of workers resign, it would be absolutely cataclysmic given the rate of new jobs advertised. But fear not! Such conundrums can drive opportunity and solutions. However, success requires a deeper understanding of talent attraction psychology and human motivations.

There are many factors and behavioural issues around why people stay and leave jobs. Part of the paradox and insight may be found in the rarely discussed condition of Corporate Stockholm Syndrome. More on that later.

Candidate and talent shortfalls have many causes, including border closures, stalled immigration, trust and flexibility issues, as well as entrenched ageism, combined with conscious and unconscious biases.

Biases will have either culled top applicants at the front application end or dissuaded skilled candidates from applying in the first place. Fear of rejection is real and justifiable even for the most highly credentialled across all levels and roles.

I don’t fully buy into the resignation hyperbole. Nor to the rhetoric of talent shortages being at the root of external factors.

The term ‘great resignation’ was coined early this year by Professor Anthony Klotz, a management academic in Texas in the US. Known also as the ‘big quit’ it originated in response to the trend of voluntary resignations in the US due to COVID.

In March, Microsoft (owner of LinkedIn) released its study on hybrid work and disruption, reporting that over 40 percent of the global workforce were considering leaving their employer. McKinsey and Co published a statistic stating that, since April 2021, more than 15 million US workers have already left their jobs.

In Australia, a survey of 1000 workers conducted by an HR service platform found 40 percent of workers plan to look for a new job in the next six months. Fifteen percent are looking currently. Gartner Australia also reported three in five Australians could be looking to move in early 2022.

But merely considering a move or a desire to resign is poles apart from actually taking action and jumping ship. Bleating dissatisfaction is a natural part of the human condition and, after two years of hell, emotions are running high.

Yes, there has been movement already, as seen in the US, while workplace flexibility and working from home has seen national shifts in Australia.

The nuances of job decisions

Career and lifestyle navel gazing has been a constant during the pandemic for millions. Reflections on the meaning of happiness, family, success and career fulfilment have reigned.

Pandemic pressures and working from home have changed the world for most. For many, light bulb moments have shone brightly, empowering new decisions, actions and goals.

But for just as many, confusion and stagnation have spiralled, gnawing away at confidence and energy levels. Not all is linear, however, as stability and risk aversion often trump change.

Motivation to change jobs can spring from diverse causes – from toxic management, poor workplace culture, lack of recognition and rewards to little or no learning and promotional opportunities. Money is rarely a key reason to jump. But now flexibility and hybrid environments may be.

Reluctance and fear to change jobs and careers has so many variables. Some are totally unrelated to the job itself but can be connected to other lifestyle issues and family influences.

The term Stockholm Syndrome was coined in 1973 by Swedish psychiatrist and criminologist Nils Bejerot to describe psychological responses to captivity and abuse linked to kidnappings and bank robberies. In it, positive feelings develop towards captors as coping mechanisms, often along with negative feelings towards police, family and friends who try to assist the sufferers to escape.

Corporate Stockholm Syndrome (CSS) is when employees identify and remain loyal to employers who mistreat them. Psychology Today has reported a rapidly increasing problem of employees experiencing CSS.

CSS is displayed by employees being emotionally attached to the employer at the detriment of their own emotional health. Employees will rationalise and justify the poor treatment to themselves and others, often with an overarch of PTSD (post-traumatic stress disorder).

Confidence is eroded under cultures of hostility, unreasonable demands, overwork, excessive compliance, micromanagement and embedded approval seeking. Promotions are stifled with targets believing problems and abuse will rectify themselves despite evidence to the contrary.

As with any abusive relationship, targets believe it’s their responsibility to do better to win approval and peace. One of the issues that flames CSS is the overidentification with work and professional personas. We gain so much self-esteem from our work and invest considerable time and effort to keep the mirage alive.

Many are oblivious to the reality of CSS, but friends and family will see the manifestation clearly. Urging loved ones to seek support and resign can become frustrating when met with inaction.

Other reasons why resigning is difficult

Competent people choose to stay in unhealthy workplace environments for a range of personal reasons, some of which they don’t understand themselves.

While CSS impacts broadly, there are many other reasons why professionals find it difficult to leave jobs. Apart from fear of rejection, ageism and various biases, other reasons include a love of the role itself and a desire to protect their staff. The seductive nature of top salaries, influence, important responsibilities and even a lack of market worth awareness can all feature too.

Naming and claiming issues sets the wheels of growth in motion. If you identify with the signposts of CSS, you must reach out for professional help. If stuck in a jobs that does not serve you well, consider the ‘why’ behind your fear and reach for career and lifestyle support so you can process the issues and move forward to a healthier workplace and role.

For recruiters and hiring managers

Given the volume of unfilled jobs there are some real opportunities to embrace.  While I don’t believe the sector will see the great 41 percent resignation, I do believe the marketing sector must hire differently.

Addressing CSS and other reluctance issues in talent acquisition is crucial. It is about building a platform of applicant confidence, and eradicating biases and poor recruitment processes.

Sue Parker is the owner of  Dare Group Australia a LinkedIn, careers and personal branding consultancy.

Sue Parker is the owner of Dare Group Australia. She is a national career strategist, personal branding and LinkedIn expert.

Previous Article
Facebook Australia and AAP encourage people to ‘Check the Facts’ in latest campaign
Next Article
How should brands be engaging with digital creators?