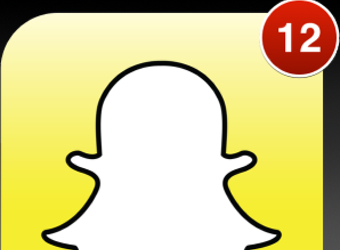 Marketers and brands are failing to exploit social video such as Vine, Instagram Video and Snapchat despite evidence of greater engagement with users compared to other content types, a major study of Australian social video use has found.

While social video is in its relatively infancy, it is gaining in popularity, particularly with women. Some forward looking brands are active in developing social video content in Australia, but many are failing to use it as a means to reach consumers outside of traditional media channels.

The study called ‘The Secret Life of Social Video’ is the latest in the Datafication series into how Australians are really using social media. It has been undertaken by independent Sydney advertising agency The Works in association with the University of Technology Sydney (UTS). More than 3.2 million geotagged videos and images from Instagram and Vine were analysed for the study. In addition an online survey of Snapchat drew 4000 respondents into how they are using the photo-messaging app that deletes messages after up to 10 seconds.

On average there are 1.4 video posts made on Instagram per week compared to 2.8 per week for images with Melbourne beating Sydney when it comes to posting the most videos. It is estimated that 800,000 Instagram videos will be posted in 2014. The peak usage time for Instagram video is at 9pm on Sunday, while for Vine it is at 11am on Saturday.

Women are more active users across all platforms when it comes to video. Vine leads the way with 70% of posts coming from women, followed by Snapchat (61%) and Instagram video (58%).

The most popular type of content posted differs depending on the social platform. For Instagram, video music and dance content is the most prevalent compared to Instagram images where food and drink take the top spot. On Vine and Snapchat, it’s funny videos that are the most popular content type.

Despite humour leading the way on Snapchat, three in five Aussie males who use the service admitted to sending sexual content compared to one in five females ‘sexting’ with friends, lovers or potential admirers.

The average number of friends a user has on Snapchat is between one and ten reflecting its intimate nature and use as a means of distributing sexual content to targeted friends.

“Brands need to look beyond just Facebook and understand the next generation of communication style, typified by apps like Snapchat.”

Australian brands that have invested in social video are showing signs of increased consumer engagement with video when compared to relying on images.

The top 50 social pages as defined by Social Bakers were analysed with a brand engagement score for each created. The score was based on adding the number of ‘Likes’ a post received to that of any ‘Comments’ (which were counted as double) and then divided by the number of Followers.

It’s a trend echoed in the US and one that has led to McDonald’s, WWF and the National Basketball Association all starting to produce Snapchat video content, in addition to that on Vine and Instagram.

Nicol says the findings should be a wake up call to marketers wanting to better engage with their audience on a more intimate level.

“It is ironic given the high penetration of mobile devices in Australia that marketers are underexploiting social video as a means to interact with consumers, particularly the highly sought after younger demographic,” he says.

“Social video is marketing Viagra. It allows social sharing, content and messaging meaning brands can have a one-to-one relationship with consumers.

“It’s still early days, but evidence from both Australia and overseas shows those investing in social video are reaping the rewards with greater engagement levels.

“The message from the latest Datafication study is clear, marketers and brands need to back social video or risk falling behind those already dipping their toe in the water.”