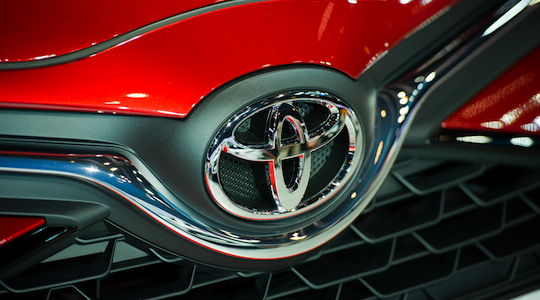 Toyota has nabbed the top spot on the Corporate Reputation Index as Australia’s most reputable company for 2015.

Closely followed by Samsung in second place, Toyota climbed from fourth place in 2014 to knock last year’s leader JB Hi-Fi down to third place this year.

The index is part of an annual global study by research consultancy AMR and the Reputation Institute. The 60 companies to be included in the list are sourced from the IBIS World Top 1000 Company list, which is based on revenue.

The study measures how Australians feel about each company regarding products and services, innovation, workplace, citizenship, governance, leadership, and financial performance, as well as overall reputation.

Toyota ranked in the top 10 for all of the individual dimensions. It’s the second time Toyota has reached number one on the list, having also come out on top in 2013.

“The fact that Toyota has regained its position as the most reputable Australian company despite announcing the end of its manufacturing operations and the consolidation of its business by the end of 2017 demonstrates how important a strong reputation is in maintaining consumer trust, even after delivering bad news,” says AMR managing director Oliver Freedman.

Here are some key points: