Sail of the century: the Volunteer Coast Guard is having an auction and you’re invited to buy some flotsam

Sail of the century: the Volunteer Coast Guard is having an auction and you’re invited to buy some flotsam

The Seabay initiative, created in partnership with WhybinTBWA and Eleven, aims to raise vital funds for the Australian Volunteer Coast Guard – which receives no regular funding and relies entirely on donations – will allow Aussies to bid on items recovered by volunteers and equipment used on actual rescues.

Early items up for auction include a 24-foot Coast Guard rescue vessel, a broken surfboard signed by Kelly Slater and Stephanie Gilmour, a kayak, boating accessories, vintage driftwood and a beach cricket set. 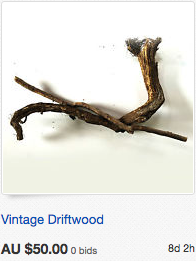 “Projects like Seabay show the power of a good partnership. It gave us a unique opportunity to collaborate with eBay and use their hugely successful platform to help the Australian Volunteer Coast Guard,” says Ashwin Gopal, creative director at WhybinTBWA.

“The Seabay initiative will not only raise awareness of the Coast Guard but will generate the much needed donations that allow us to keep saving lives. With every item on Seabay, people have a chance to own something with a truly unique story,” says Ray Campbell, national commodore, Australian Volunteer Coast Guard. 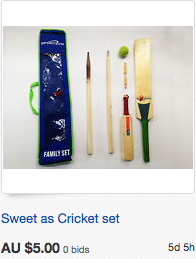 There are over 60 items for sale ranging in price from $1, for small, used items, through to $90,000 for the Coast Guard rescue vehicle.

Other items up for grabs include a fishing kayak, wetsuits, life vests, a Raymarine radar, an outboard motor, and fishing gear. 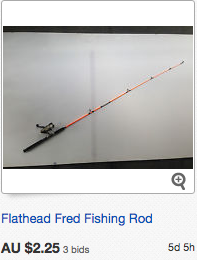 Also included are experience type purchases such as a ride-along for two on a rescue drill with the StKilda flotilla, and a morning with Ray Campbell, learning the history and inner workings of the St. Kilda flotilla’s operational base.

The Seabay eBay auction platform is selling now will be an ongoing fundraising site for buying the retrieved items.

The campaign will run on social and PR.

Check out the Seabay campaign video: