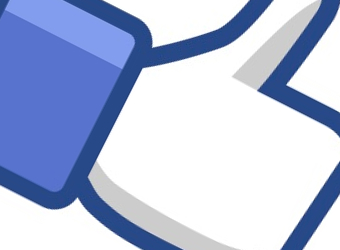 The vitriol around Facebook’s continued push for a commercial social media platform over the past few weeks has come as a surprise to me.

Having amassed the largest global following of any ‘Western’ social network, the focus for Zuckerberg and his team in recent years has been refining how to monetise, and identify new revenue streams to appease shareholders. Subsequently, the platform’s fabled EdgeRank algorithm has continued to evolve, driving down the value of organic (free) content.

We’re now at a point where most large branded Facebook communities enjoy only 2-3% organic reach. So for those who’ve spent hundreds of thousands of dollars building a ring-fenced community on Facebook, enabling them to ‘fish where the fish are’, this steady decline in access has become more than an irritation. It’s become a genuine business cost.

But while I can understand the frustration of those who have invested their time and money in Facebook, building a community of fans to both communicate with and market to, I’m actually thankful for the change. For too long, the ‘free’ perception of social media has resulted in a lack of accountability and progression, driving by a ‘testing ground’ mentality, and an extremely low-cost one at that.

What this change means for brands and businesses is it’s time we start assessing how to generate genuine value from social media, rather than focusing on acquiring fans or followers without an outcome in mind. Like every other channel from a marketing, sales or service perspective, social should be approached with a clear strategy, resources and budget to justify investment from the outset.

The sooner we shift social media lexicon towards business outcomes the better. When we can have a conversation with a COO around forecasted service cost reductions through improved customer response times and minimised dependence on other, more costly service channels, social begins to be considered among the real business drivers.

Thank you, Facebook, for making social grow up. Fast.

We should be assessing and validating spend versus performance of social media channels like LinkedIn, Twitter and Facebook against other digital and offline channels. The same applies to service efficiency. KLM, Telstra, and Société Générale are already doing this, and any CMO, COO, CFO or CEO should be asking how your business is applying the same performance analysis rigour.

Rather than being affronted by Facebook’s continual changes, we should be looking to strategies which avoid organic dependence, and seek to leverage the value of social as a channel compared with any other. If you’re not already doing this, look to some of the examples listed above and start to consider the role this vital channel plays in your business, today and tomorrow.

Roger Christie is founder and social media consultant at Social2Business. He is passionate about social business and using social media to generate business outcomes impacting the bottom line. You can find him on Twitter, LinkedIn and Google Plus.

Previous Article
And the first brand on the moon is…
Next Article
Forget the ratings, MasterChef Australia has won already