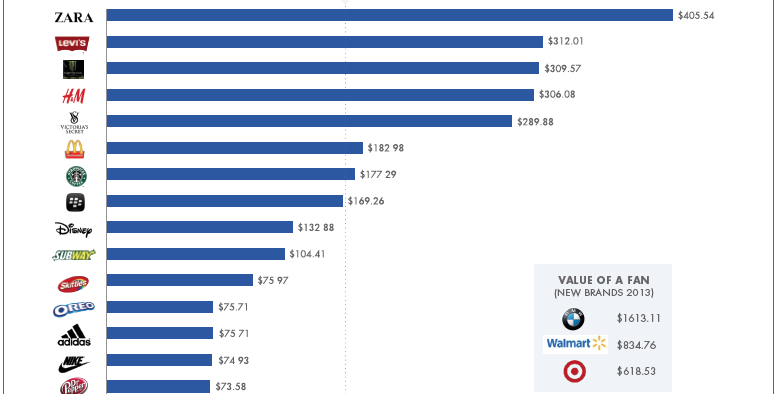 The study, conducted by social media firm Syncapse, in conjunction with research firm Hotspex, compared the product spending, brand loyalty, media value, cost of acquisition, brand affinity and the likelihood of customer recommendations of Facebook of a brand fans compared to non-fans.

The average figure came to  $174, but the value does vary from brand to brand. A fan of retail chain Zara was estimated to be worth $405.54, whereas soft drink giant Coca-Cola wasn’t as lucrative, with a single fan being worth $70.16.

The study also found Facebook fans are generally those that are much more active in social media, with the average fan being a fan of at least 10 brand pages at any given time. Almost two-thirds of non fans were found to have followed 10 or fewer brand pages.