What will happen if a brand quits social media?

What will happen if a brand quits social media? 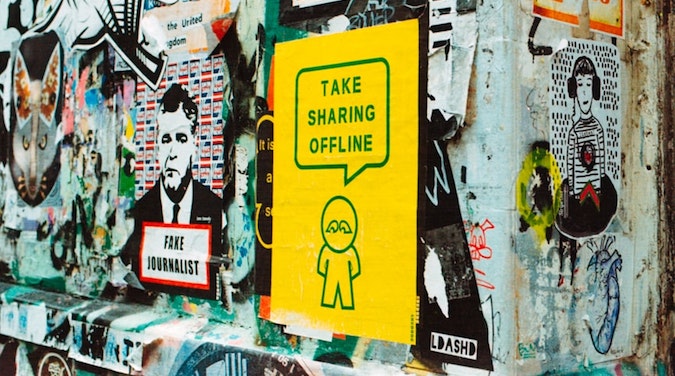 In November 2021 beauty giant Lush announced its sudden departure from social media. Vowing it was to protect the safety of their consumers, what will be the long term consequences? Is this a trend?

UK-based beauty brand Lush announced that it would be departing TikTok, Facebook and Instagram. On e-commerce’s biggest day, Black Friday. The chief executive officer Mark Constantine says it was a matter of safety. “I’ve spent all my life avoiding putting harmful ingredients in my products,” says Constantine in a statement. “I’m not willing to expose my customer’s to [social media’s] harm, so it’s time to take it out of the risk.”

The move has been predicted to cost upwards of AUD$18 million. This begs the question, is the moral move one that will result in a financial loss?

Lush isn’t the first to announce its departure from social media. In January 2021, luxury brand Bottega Venetta quietly wiped its Instagram feed before launching a quarterly digital magazine instead. The brand will now post current collections on the feed before erasing them clean again.

Alongside those taking a stand against the controversial social media platform Facebook, now owned by Meta, is Tesla. The car brand has no official Facebook page and no digital advertising. Forbes wrote about Tesla and the power of word-of-mouth marketing. Founder and CEO Elon Musk had previously expressed his distrust of Facebook and vowed to keep his brand off it.

Removing a brand from social media is a huge step. Creating a meaningful relationship with customers can be done through these channels as they can create a two-way street when it comes to conversation. Targeted advertising has meant a more tailored approach to advertising that can speak directly to those who have engaged or have knowledge about the brand.

Leaving social media also means that businesses are losing valuable data. The analytics provided by consumer’s behaviour can be invaluable for brands.

However, there are benefits to advertising in other spaces. People’s awareness of targeted ads has meant that they are less trusting of the digital space. Physical activations and traditional advertising are now becoming less common and therefore can create more buzz than an in-feed paid advertising campaign.

The thing that Lush has on its side is that it has a pre-established audience. As their CEO even says, “Lush is something of a cult, and cult members find each other one way or another.”

But for brands starting out, the risk to not execute campaigns digitally could be much more costly

Is Lush starting a trend? Will we see more brands drop off the social radar? The world will sit back and watch what the repercussions of this bold marketing move will do. And perhaps it will shape future marketing.

Previous Article
Which Aussie politicians dominated social media in 2021?
Next Article
Top brands who used Snapchat to capitalise in 2021