Bot fraudsters will steal US$7.2 billion from brands in 2016: ANA

Bot fraudsters will steal US$7.2 billion from brands in 2016: ANA 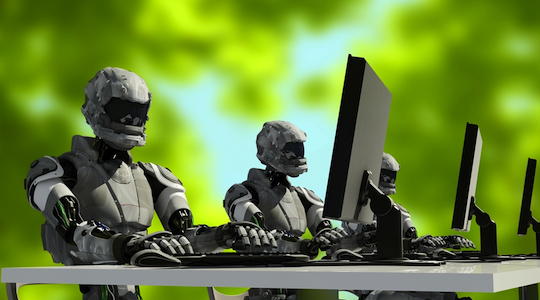 Brands across the globe will lose US$7.2 billion in 2016 as a direct result of online fraud driven by bots, a new study has found.

The joint study, conducted by the Association of National Advertisers (ANA) and digital advertising security firm White Ops, revealed that publishers with higher cost-per-thousand (CPM) rates were more likely to be impacted by bots, while display ads with CPMs greater than US$10 had a 39% occurrence of bot activity when compared to cheaper forms of digital properties.

Bots typically create millions upon millions of ad impressions which aren’t seen by anyone, but will often be charged to marketers as a viewed promotion.

ANA president and CEO Bob Liodice said the problem was a travesty for marketers and far greater discipline and control is needed.

“The level of criminal, non-human traffic literally robbing marketers’ brand-building investments is a travesty. It also underscores the need for the entire marketing ecosystem to manage their media investments with far greater discipline and control against a backdrop of increasingly sophisticated fraudsters,” said Liodice.

The forecast is a rise in last year’s prediction, which tipped bot-driven fraud to cost marketers US$6.3 billion. This figure is consistent with the study’s findings that instances of bots affecting digital advertisers is steadily on the rise.

Tags:
Previous Article
Woolworths set to dump its Masters Home Improvement venture
Next Article
Why the Clio Awards is recruiting a CMO jury