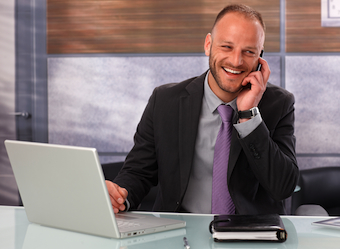 Businesspeople who mostly use their mobile phones for business rather than personal use are a dying breed in Australia, data from Roy Morgan Research shows.

The proportion of Australians who use their mobile phones ‘mainly for business’ has declined over the last five years, while those who use it ‘about equally’ for business and personal use has remained steady.

This suggests an increase in personal use by those who were initially reluctant.

Meanwhile, mobile phone owners who used them ‘about equally’ for business and personal has remained steady until a slight increase last year to 13.3%. Between 2010 and 2011 this figure was at one in eight.

“The decline in the proportion of users who say their phone is used mainly for business suggests that people who once only needed it for work are now integrating it into their personal lives.”