To humanise brand is to waste AI’s potential

To humanise brand is to waste AI’s potential 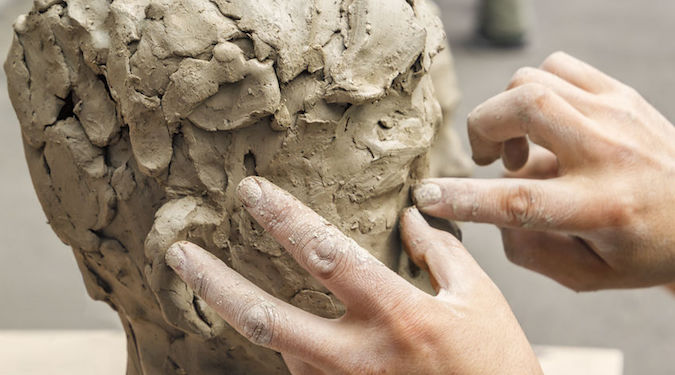 Are brands that try to humanise tech missing the point of its appeal? Here’s Sérgio Brodsky on AI and branding.

This article originally appeared in The Madtech Brief, Marketing‘s second print edition for 2019.

When thinking about the future, there’s no way to ignore its most invisible yet ubiquitous technology. Like the devil, Artificial Intelligence (AI) is also in the detail. From the minutiae of speech, creating a friendly or sassy tone-of-voice to how a selection menu is presented based on machine-learned human behaviour, AI is turbo-charging customer interactions. But, to say brands are being, or need to be, humanised is stupid at best and dangerous at worst.

When building brands, injecting a sense of personality is a common practice that helps support its positioning (i.e. what it stands for) and create an emotional appeal to target audiences. Brand strategists borrow human traits to help brands become more relatable and more top-of-mind when triggered by a category entry point. Designers, programmers and an entire creative platoon will follow those cues and translate them via images, sounds, textures, advertising campaigns, events and anything else able to reinforce an identity that is able to distinctively differentiate the brand and make it more easily recognisable.

Still, to bring a brand to life is nothing like giving birth. This is a metaphor used to make a brand’s job (to be chosen by consumers) easier in relation to a consumer’s job (to choose a brand best able to perform a given job). And that’s that. Brands thrive in standardisation. Humanity thrives in its individuality. To overly humanise brand is to detract its main source of strength, the predictability that an expectation will be matched.

Even Alexa, one of the most artificially intelligent brands out there, is nothing more than a wannabe human with the voice of an automaton and the soul of a credit card scanner. Calling Alexa by its name or saying ‘Hello Google’ every time we need Google Home to perform a task doesn’t make them more human. These are machines. And, like all machines, they exist to make our lives easier, not more fulfilling (the stuff family, friends, spirituality and other pursuits can do).

The fact I take my AirPods every time I go on a jog doesn’t mean we’re developing a relationship, and following its social media accounts doesn’t mean we became friends. It is true that soon enough my AirPods might be able to recommend tunes or podcasts that may not only help motivate my exercising but also regulate my mood and even make me a better person. Yet, this is less about humanising technology and more about broadening its scope of work from making consumption choices easier to making life choices easier.

In fact, the more humanised the creepier an interaction with a machine can be, as reported on a recent study entitled ‘In the shades of the uncanny valley: An experimental study of human-chatbot interaction‘. According to Aleksandra Przegalinska, PhD in philosophy of artificial intelligence, Research Fellow at the Centre for Collective Intelligence at MIT and co-author of the aforementioned paper:

“Our study indicated that humanlike machines cause a sensation of eeriness in humans. Sometimes even fear. It applies not only to humanlike robots but – as we have observed in our study – also to humanlike bots online. Particularly those voice-enabled. Voice is a strong channel of communication and if a bot has a weird tonality (i.e. too humanised) people feel scared of it.”

With that said, what really matters are two things: firstly, the impact of AI for those managing brands and second, whether AI itself needs better branding.

From brand managers to brand mentors

Brand managers already use AI to manage brand assets like images and videos via digital asset management platforms. With countless pieces of digital content across dozens of sites, apps and social platforms, it’s nearly impossible to keep up manually with the deployment of a brand’s expression. This practice not only reduces the administrative tasks, freeing up more time for creativity, but further enhances brand consistency by meticulously and precisely streamlining textual and visual content.

Beyond just orchestration, AI is now also able to create. According to Jeff Kowalski, chief technology officer of software company Autodesk: “Computers are starting to enter the realm of human creativity. […] once computers understand the fundamental essence of a chair, they can help people design them better.” For Kowalski, designers and brand managers will eventually “be more like mentors for computers,” using their experience to train the machines that do the actual work.” For example, a new service called Logojoy uses AI to create logos, making it feel like you’re working with a real designer and with enough flexibility for feedback and adjustments.

McCann Japan introduced an AI creative director in competition with a human to create an ad for Mondelez brand Clorets Mint Tab. The company accessed the database of award-winning ads in order to train the AI creative director to help it recognise the success factor. Though the human competitor won, AI’s ability to learn and create pieces of brand communication indicates a pragmatic future where humans create algorithms and machine learning structures them.

Consumers usually have no idea they’re interacting with – or being influenced by – an algorithm. The key obstacle that AI faces, from a branding perspective, is that it has been engineered to be imperceptible. AI is often deployed to eliminate friction and to reduce people’s awareness of technology. Unlike other familiar brand elements – colour, typography, logos, texture, sound, tone of voice, photography style – AI is often seen as being most successful when it’s completely invisible.

Netflix’s AI-powered recommendation engine succeeds entirely by virtue of its invisibility and the way it reduces rather than amplifies interaction. If the very first thing you see on the Netflix home screen is exactly what you want to watch, Netflix’s AI has done its job.

In November 2016, Google Assistant, Alexa, Siri and Cortana went head-to-head by subjecting their AI capabilities on 12 individual tasks. The results are surprising with no one AI application dominating the list of winners.

This experiment highlights the second challenge behind the branding of AI: consumers will buy an AI application convinced by its over-arching ‘problem solver’ positioning, not a differentiating one. Creating distinctive brands of AI applications requires a leap –  from sparing us from thinking to pushing us to use more than 10% of our brain’s capacity.

If AI is to become a meaningful ingredient in business and society, identifiable and understandable by consumers, its value must be articulated. And for that to happen, designers of AI-driven experiences must make the invisible visible; they must give AI a good, old-fashioned brand identity.

Like Sriracha, AI is the hot new ingredient giving a new flavour to brand experiences. Like Sriracha, AI is not short of applications. The problem is that anyone making it (AI or Sriracha) is perceptually on a level playing field. The reality is that a massive gap exists between a delicious meal and severe indigestion just as much as being artificially intelligent could mean the same as being intelligently artificial. AI’s present advantage is that it gives brand the consistency and coherency that unpredictable and messy humans crave for. The opposite would, at best, be like watching Lonely Island’s Do the Creep’ – laughable and creepy.