Unconventional Wisdom Four: why your approach to innovation is probably all wrong

Unconventional Wisdom Four: why your approach to innovation is probably all wrong 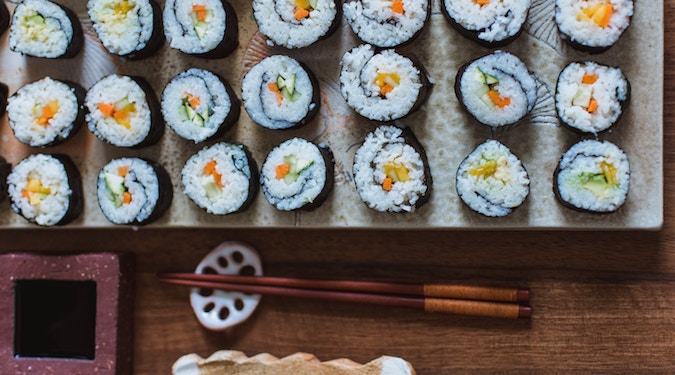 Have we been looking at innovation all wrong? Dane Smith certainly thinks so. Here are a few simple rules to taking an unorthodox approach to driving change in the new age with old rules.

This is the fourth and final instalment of Unconventional Wisdom – a marketer’s guide to bad economic decisions that make great psychological sense. Check out parts one, two and three »

This piece of Unconventional Wisdom starts with a lesson in Latin. Bear with me. The word ‘innovation’, as it’s used ad nauseam today, refers to ‘the introduction of something new. A new idea, a new method or a new device that is novel’.

On the surface, this Merriam-Webster definition makes perfect sense and should not offend any of you. However, time warp back to the early 1500s and any punter in a tunic will tell you that something’s a bit off about our description. That something is more than simple semantics, and it’s as insightful now as it was in the Middle Ages.

‘Innovation’ was originally derived from the Latin ‘innovare’, meaning ‘to renew, restore or change’. Being a good innovator, as it was first understood, was not at all about having the power to conjure new things, but to conjure new value in things that already exist.

From a psychological perspective, this makes a lot of sense. We are all hard wired to avoid risks and we do this by instinctively steering clear of things that feel overly strange or unfamiliar – things we don’t know we can trust.

All you have to do is Google ‘invention fails’ to feel just how uncomfortable novelty can get. As author Nir Eyal puts it, “unfamiliarity breeds contempt”.

But therein lies an awesome possibility for marketers. We are operating in a strange new era of unprecedented technological advance and change. Not only are people being asked to wrap their minds around new brands and product variants, but also entirely new kinds of experience – from commercial space travel, to VR blind dating to personalised medicine. Experiences for which we lack any clear frame of reference.

Within this context of extreme novelty and unfamiliarity we are uniquely (and potentially very lucratively) placed to service a contemporary business need – taking the new and scary and making it feel right at home.

Here are three behavioural techniques to get you started:

Anchor in the intuitive

People make sense of the world in relative (not absolute) terms. You can easily picture a ‘tall person’ because your brain knows roughly how a person of average height looks. But how about a smaller-than-average Baobab tree? Less easy.

These reference points that we unconsciously summon to measure things are called ‘anchors’. And beyond just height, anchors enable us to determine just how interesting or relevant something is to us.

In 1977, Ridley Scott used this behavioural principle extremely well. While securing funding for the space-horror masterpiece Alien, he knew the odds were stacked against him. As a second-time director with a big-budget idea about alien murder – bonus barrier: sci-fi was still not very popular – Scott needed to reframe his ambitious project in a way that made intuitive business sense. He remarked, “Alien? It’s just Jaws in space”.

Like Scott, businesses can make innovation feel less scary by anchoring them in existing concepts that people already like.

“It’s like Uber for…” has been used to successfully pitch so many Silicon Valley startups, it’s become a running joke.

Fifteen years prior to the release of the first iPhone, IBM launched the ‘Simon Personal Communicator’. It featured a monochrome LCD touchscreen and many of the impressive functions that made later devices beloved: calls, emails, faxes, notes, calendars and even third-party apps. But to most people, this expensive technological Swiss army knife just didn’t make any sense. Years later, people learned about ‘smartphones’ (like your normal phone, but smarter) and Apple shook the world.

In 2009, behavioural scientist BJ Fogg pointed out one of the biggest, baddest barriers to adoption – non-routine. According to Fogg, “Everyone has their daily routines. They help people structure their life, which is why anything that sits outside of a daily routine is much less likely to get done.”

And fair enough. Breaking routine creates unnecessary risk and costs extra energy. So how do you get stubborn people like us trying entirely new things? You make these things feel like a natural extension of what we’re already doing.

In 1970’s America, virtually no one ate sushi. The Japanese staple – a ‘sandwich’ of raw fish, tofu and seaweed – was frightening stuff to a traditional Western palate. When the California Roll appeared on the scene, it repackaged sushi using familiar ingredients (rice, avocado, cucumber, sesame seeds and crab meat) and mostly-hidden seaweed.

Over the next few decades, sushi flourished. Americans now consume $2.25 billion of the raw stuff annually.

Cognitive fluency describes the ease and speed in which our brains can process something. Bad news: if your innovation lacks basic cognitive fluency, it is more likely to be rejected outright. Good news is, you may be able to fix it with basic design.

Ever heard of a skeuomorph? Well, you’ve definitely seen one. Skeuomorphs are a popular tool in new product design – they mimic familiar objects or materials, usually to elicit a sense of comfort and ease.

When you take a picture on your smartphone, what do you hear? The shutter lens effect plants your experience back in the world of classic photography.

Skeuomorphs aren’t just digital magic, they were successfully used by Ford as far back as 1955. While the hardwood passenger compartments of older cars had all been replaced by steel, Ford realised the ‘woodie’ was far from dead. While most other car brands bragged about ‘all-steel ingenuity’, Ford used steels, plastics and vinyl to replicate the real-wood appearance of older, more familiar feeling models. Chrysler copied Ford in 1965.

Innovation is everywhere. Most businesses need it to survive and stay relevant in a market of fickle tastes.

But as technology begins its steep climb up the exponential curve, our brain hardware will mostly stay the same. To keep new products and experiences from becoming weird and undesirable, marketers and product designers have an invaluable role to play: making the extraordinary feel just that little bit more ordinary.

Dane Smith is a behavioural and brand strategist at Ogilvy Australia.

Tags:
Previous Article
The state of B2B marketing in 2019: it’s a jungle sometimes
Next Article
Australian brands just can’t get gender right – and consumers have noticed