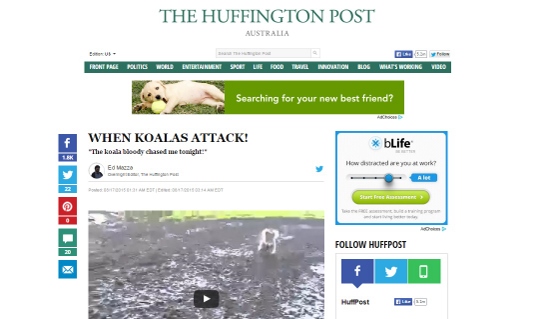 News website The Huffington Post has launched an Australian branch as the 15th in its growing global network, partnering with Fairfax Media.

HuffPost has the largest news audience in the US with 214 million unique visitors per month.

Woolworths, Telstra, Monash University and Studio Canal are the first brands to try advertising on social blogging platform Tumblr after its owner Yahoo7 launched the platform commercially in Australia and New Zealand.

Yahoo7 is also launching its own brands on Tumblr, including Home and Away, Yahoo7 Entertainment, Dancing with the Stars and 7News Raw.

A new team of Tumblr specialists will operate from Yahoo7’s Sydney office, growing desktop and mobile capabilities and audience engagement.

AdShel has announced it will increase the number of its digital screens on the Sydney Trains network to 200 after beginning the year with 130. Stations to gain digital screens will include Circular Quay, Newtown, Redfern, Milson’s Point, St Leonards, Edgecliff, Hurstville and Hornsby.

From Q4 the company will partner with Site Tour to open automated trading to all these 200 digital screens.

In New Zealand, AdShel is rolling out 1000 beacons in major metropolitan and key regional markets from October. It is also planning to expand its digital screen street furniture network across Auckland, Wellington and Christchurch during 2016. AdShel recently digitised 35 street furniture panels in Auckland.

APN News and Media’s Australian Regional Media (ARM) business is today rolling out its first digital subscription package under a metered model with The Chronicle in Toowoomba, following agreements with News Corp Australia, Presto and The Washington Post.

A subscription to ‘The Chronicle Unlimited’ will give users:

ARM plans to launch similar digital subscriptions across its other titles in regional Queensland. Subscribers to ARM’s northern New South Wales titles will receive unrestricted digital access to The Daily Telegraph and membership to its +Rewards program.

News Corp Australia have launched Business Daily, a new business journalism section that will run in The Daily Telegraph, Herald Sun, The Courier-Mail and The Advertiser.

Each state business team will contribute local content to the section which will feature alongside syndicated national content from The Australian Business Review and Business Spectator.

Video platform Vevo has recorded a 14% year-on-year growth in audience numbers in Australia and New Zealand to June 2015, with 11 million fans (including 9 million in Australia) tuning into the platform.

Authentic Entertainment, which manages Vevo in the region, is attributing much of the growth to mobile use. Streams from mobile devices has grown 7% since December 2014.

Previous Article
An inside-out transformer: Jana Kotatko marketer profile
Next Article
Your problems measuring social media ROI have nothing to do with social