Is purpose really the next wave in brand?

Is purpose really the next wave in brand? 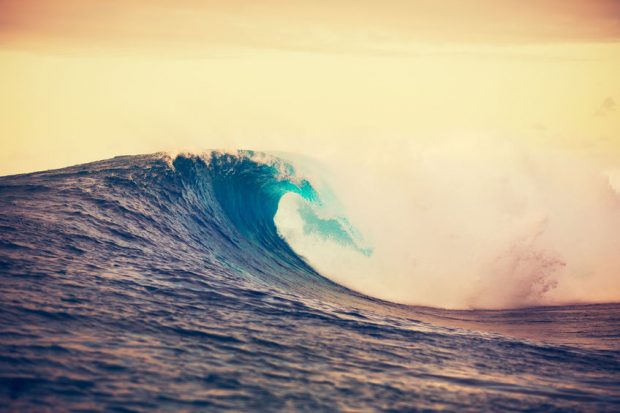 In part one of their three part series, Ben Peacock and Scott Matyus-Flynn compare the current focus brands have on purpose with the three waves digital went through in becoming a mainstream mode of communication and technology.

There are three waves in every set.

Remember the first wave of digital?

Originally more curiosity than colossus, this future disruptor arrived on the scene in a less than disruptive way – pimply, geeky, buggy and, for a long time, able to be ignored.

We were all surfing the web by night and doing real work by day. Netscape was the only choice in browsers and Google hadn’t even been googled yet. You could raise money for anything with dot com in the name and making money was optional. The first wave was awesome.

Until the bubble burst and almost everyone got dumped.

The big money flew away. Many brands who had dipped their toe in the water got burned and swiftly pulled it out again. It was all over.

Quietly, in the background, the determined kept their digital dreams afloat. In the USA, Amazon gobbled CD Now – and every other online retailer they could get their hands on. eBay kept selling stuff. Fairfax kept growing its suite of online newspapers.

The hype subsided but the visionaries squirrelled away. Growing and learning as technology snuck into daily lives.

Then came the the second wave. Facebook, YouTube, the iPhone turned dot com into digital and made it a mainstream proposition.

The pioneers became the leaders, with experience and a fan base few competitors could catch. Early adopters of this second wave managed to establish themselves as respectable number twos.

Or, with enough investment, compete with number one.

Anyone who missed that wave was left with a steep learning curve and an increasingly saturated market in which to try to make themselves relevant. These were the third wave.

Every great disruption comes in waves. So if you’re a brand or marketing manager, which wave should you be on? And what’s the next big wave?

The first wave favours the brave. There’s a lot to gain, but also a lot to learn. It’s for the disruptions and the challengers who are comfortable with high risk and high reward.

The third wave leaves you stuck in the pack. It’s leaves you playing catch up. It takes time and money, but once you get there you’re still a me too. High effort, low reward. No one wants to be there.

That’s why, for most of us, being first to the second wave is where it’s at. Still broadly a leader, but with someone to follow. Lower risk, but with rewards still on the table.

So what’s the new digital? If you believe in the three wave set, then it’s corporate responsibility. And it’s second wave is right here, right now.

Like dot com, it’s first wave was awkward. We saw carbon neutral beer and a green version of almost everything, most of which turned out not to be green at all. In fact the first wave was so awash with pretenders and pretence that we needed a new term to describe bad products making good claims: Greenwash.

Related: Oxford Professer Andrew Stephen on technology, purpose and the future of marketing »

The first wave was full of rushed products to market. They were based on truth and insight – that people care about the world and want brands to act – but the execution just wasn’t done well.

Yet since those days, the true believers have squirrelled away. Smart people have learned from failure and emerged as leaders. It’s taken a decade for the second wave to hit – just like it took digital a decade to find its feet. But now it’s well and truly here. And so is the proof.

A recent study reported in the Guardian shows that a good reputation for sustainability and corporate responsibility can account for up to 33% of the value of its brand. And that a good brand is in turn worth up to 33% of a company’s value.

Crunch that maths and a third of a company’s brand value and 11% of its financial value is down to how it acts as a corporate citizen. Or, in other words, sustainability and CR.

Global research from Nielsen shows that almost 75% of Millennial respondents are now willing to pay more for sustainable offerings, up from approximately half in 2014.

While 66% of respondents say they’re willing to pay more for products and services that come from companies who are committed to positive social and environmental impact, up from 55% in 2014 and 50% in 2013.

Sure, what people say and what they do are not always the same thing but, eventually intention turns to action. Especially when tempted with the right offer from a brand that has seen the opportunity and taken the time to get it right.

Indeed Unilever’s Paul Polman – a first wave adopter – says that purpose and sustainability led brands accounted for half of Unilever’s growth in 2014 – and grew at twice the rate of the rest of the business.

All of which begs the question, how can you get involved?

Ben Peacock is founder and partner at Republic of Everyone.

Scott Matyus-Flynn is head of strategy and partner at Republic of Everyone.