Mentoring offers far more than just bespoke professional development. But what role does it play in protecting us from short circuiting on our own invented reality loop and what impact does it have on our ability to grow? Tracey Porter finds out. 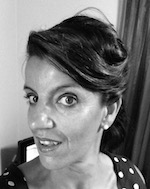 Once a month some of Australia’s most influential businesspeople raise from their slumber, grab a pair of comfortable walking shoes and make their way out the door. Counting among their number some of the most accomplished commercial brains the country has to offer, they switch off their phones, go off the digital grid and turn their attention to the carefully curated groups gathered in front of them with pen and notebook poised. And together they stroll. Part of a popular new initiative called Mentor Walks, the series brings together leading executives and emerging female leaders for the chance to connect, support and learn from one another while enjoying a time-limited open airwalk.

Jacobs says while in the past mentoring programs were heavily skewed towards male executives, this is no longer the case.“It is changing now but when we started almost three years ago there was a fair few opportunities for men to get that kind of inspiration but there was nothing specifically by women for women.”

Now it doesn’t even have to be executives who gain the most from such experiences. The program attracts mentees that are just starting out in their own businesses, all the way through to women who are at a very senior level but “may not be as strong in some areas as they are in others”, Jacobs says.

“To me the value of a mentor is to use somebody as a sounding board to be able to really identify what your challenges are. To have to think about what they are and then verbalise them and explain them to yourself as well as to someone else really gets you into a position where you can figure out what your next steps are to resolve them. The benefit of speaking to someone who has been there before and can share their experiences with you is invaluable.”

Giovanna Lever, managing director of professional development group Sparrowly, spent more than 20 years working as an integrated commercial marketer across the tourism, hospitality, entertainment and sports sectors before becoming a professional mentor. Lever, who has experience as both a mentee and a mentor, says there are numerous benefits to aligning key personnel with more experienced business leaders, most notably because they are able to adopt a big picture view. Mentors look at your situation holistically – the professional and the personal – and provide advice and feedback to help you keep in balance and moving forward, she says. And it’s for this reason that everyone in business should have one. Lever argues plenty of leaders wind up in their positions because of their hard technical skills but have never learned about the intricacies of what it means to be a leader.

“Many leaders don’t want to show weakness but good leaders should be working 360 degrees with their people. One-on-one meetings with team members need to be an open dialogue where employees feel comfortable airing their grievances or concerns. I have been hammered by my team at times but then I go away and reflect on the conversation. In most cases, they have a point and I have adjusted my approach accordingly.”

It’s clear, however, that it’s not just women recognising the value of learning from others’ experience. In fact, many of Australia’s top performing brands are now exposing their teams to both informal and formal one-on-one or peer-to-peer mentoring programs as part of their ongoing development. In a departure from the commercial world’s traditional top-down management style, others – including Mastercard, ANZ and PwC – are also aligning these programs with reverse mentoring offerings, allowing younger executives to share knowledge in emerging technologies and disciplines with their leaders. Not only does this allow an increased diversity of cross-generational thought between workers but it also assists businesses in achieving their strategic goals, such as fostering inclusivity and increasing Millennial retention.

Tank managing director Jim Antonopoulos, whose agency provides creative leadership services to founders and CEOs of start-ups and not-for-profits, believes good mentorship is as relevant to executives as it is to people in the early stages of their career. Antonopoulos says to embark on being mentored you have to have an open mind and a willingness to learn. One key trait that makes good mentors is the willingness to ask questions, to provoke thought and to challenge the mentors’ point of view. When this happens you’ve got a great foundation for a strong mentor/mentee relationship, he says.

“In my opinion, good leaders make the best mentors, and that doesn’t mean that the greatest mentors are always going to be in a position of seniority. One of my favourite, if not best mentors, is younger than I and we have a relationship that sees us both exchange insights and value with one another on a regular basis.

“Good mentors are open to giving and sharing value and thrive on others learning because they themselves are learners.”

In recent years, the 70:20:10 model for learning and development has been readily adopted by organisations all over the world. The formula works on the theory that 70% of the development of a managerial leader is experiential, 20% is learning from others and 10% is learning from programs. However, Macquarie Graduate School of Management Adjunct Fellow Paul Kirkbride – who is the lead facilitator of the university’s popular New Leadership Program – believes that when it comes to mentoring, these figures don’t quite stack up.

“To get better, [aspiring leaders] have to go on a program because they need a framework to understand leadership. They’re not going to get any better at leadership if they don’t even understand the basics.”

The second portion of the formula represents learning from others and includes tools such as 360-degree feedback – where feedback is sought from an employee’s subordinates, colleagues and supervisors, as well as a self-evaluation by the employee – which many claim is a critical part of any mentee’s journey.

Yet in reality, the benefits of mentoring mean aspiring leaders looking for greater career growth should allow it to play a larger-than-suggested part in their development, he says.

With a career that includes stints as CMO for McDonald’s and big roles at Pepsi and Unilever, GroupM Australasian CEO Mark Lollback was one of Australia’s foremost marketers before heading agency side. As a result, he has been exposed to numerous mentoring experiences – both as mentee and mentor – for much of his professional life and has relished each chance. He actively encourages many of his leadership team to mentor younger executives within the GroupM business, as well as supporting younger staff to embrace mentoring opportunities.

Lollback, who for the past few years has given back to the sector through his involvement in several mentoring projects including The Marketing Academy’s prestigious Mentoring Scholarship Program, says he considers being a mentor a “hugely valuable” thing to do and believes both mentees and mentors have much to gain from participation.

“I think mentoring is something that senior people in business have a responsibility to do, to pay back the experience and knowledge that was shared with us by others. It’s also immensely satisfying to be a mentor to be able to provide that support and guidance to someone else.

“To me, a good mentor is genuine and honest about their own strengths and has an openness to sharing their mistakes. You have to check the ego at the door. It’s about empathy and listening and it has to come from an authentic desire to help someone else’s development, rather than grandstanding about successes.”

While some believe the most successful mentoring relationships arise when the selected mentor comes from within the same sector, others argue the relationship is more likely to succeed when the mentor is from outside the mentee’s own industry. Lollback believes there are advantages to both.

“Having a mentor in your industry means that they immediately understand some of the nuanced challenges that you are facing, and you can offer industry-specific advice and coaching based on that. But in a business sense, there is a lot to be gained from a mentor that exists outside of the nuts and bolts of your day-to-day world. They can offer you a broader business perspective and draw on the similar and different challenges that other industries face. They can broaden your thinking or allow you to step out of your role and think about leadership or problem solving from a different perspective.”

The Marketing Academy founder and CEO, Sherilyn Shackell, also believes there is much value for mentees in meeting mentors from both within and outside of the same industry. Shackell – whose company specialises in developing leadership capability in talented marketers from the marketing, media, advertising and communications industries – says to this end when placing mentors and mentees together as part of her group’s scholarship program, she purposefully mixes up the pairings.

“[This ensures] that whichever business sector our scholars are in (media agency, creative agency, client-side brands, B2B, B2C, public sector, media owners etc) they meet mentors from a multitude of different industries, sectors and functions. This breadth enables the scholar’s knowledge and awareness to grow exponentially.”

Shackell says while it is easy to measure the success of a mentoring relationship from a mentee’s perspective, this is not always the case from a mentor’s point of view. With no metric available, the only way a mentor can quantify the relationship’s success is by the mentor asking themselves whether they gave their best and ensuring they were sincere and honest in the advice they offered, she says.

“If the answer is ‘yes’, then that’s a fabulous outcome. If the mentee leaves the session a little wiser, or more inspired, or challenged, or with the confidence to try something different, then even better,” she says.

Lollback, however, says the best sign a mentor partnership is on track is to look at the personal rapport the mentor and the mentee have developed. If they are comfortable with each other, respect each other’s viewpoints and are able to be open and honest – even through difficult conversations – then mentoring will tend to be successful, he says.

“It’s not about one party telling the other what they should be doing, or providing the answers, but both parties offering support and guidance and exploring ways of thinking and working.”