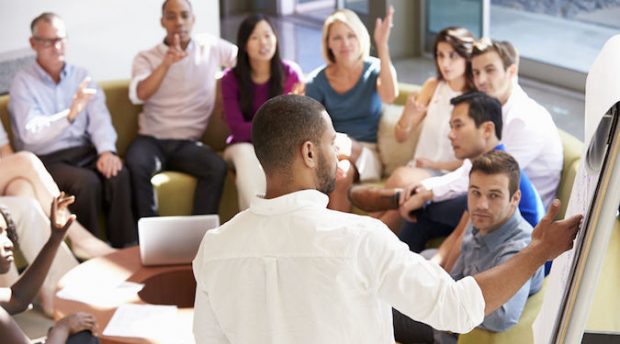 Innovation isn’t as simple as throwing ideas around a sexy looking warehouse. Matt Adendorff explains why present approaches to innovation labs are failing. 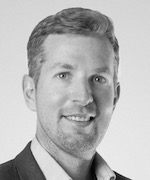 Innovation labs are springing up everywhere, with labs being commonplace in most industries from banking to the property sector aimed at everything from improving productivity, showcasing new tech, creating new revenue streams, or bolstering existing ones. For some companies, this means creating a goal-focused unit. For others, it’s as simple as setting up a group to communicate with other industries or giving employees ‘free’ time to innovate.

While innovation has a dirty reputation as a buzzword, the value is evident when it’s done right. Building a prosperous lab isn’t as simple as throwing a bunch of ideas around in a sexy looking warehouse. Innovation takes discipline, rigorous strategic thinking, team diversity and the right tools. While there are some fundamental principles for success, there isn’t a set template for every project. Because of this, and some of the issues discussed below, we see so many innovation labs fail.

All too often, there’s too much focus on the ‘theatre’ of a lab rather than what the team is actually achieving. Many companies focus on the physical space, and yet, often the setting is irrelevant. For innovators, their physical surroundings aren’t a crucial part of the process, sure it might be nice to blow off steam playing foosball or table tennis, but to what end? In saying this, when designing the space, function should be top of mind. These are collaborative spaces – pop some whiteboards around the room so people can brainstorm together and ensure desks are adjustable so innovators can move around easily. There should be the right amount of technology around and it should be an easily accessible space for people to work in.

Companies also like to fixate on a single methodology. It’s really about people being entrepreneurial, with solid tools to make them better. Agility and adaptability are key drivers of success, many companies seeking new innovations repeatedly follow a single process rather than adapting as needed. Innovation is bred by supporting people to explore, take risks and be entrepreneurial.

To get your lab to a place where innovation teams thrive, you need to empower your people with the mindset, environment and frameworks to change as they learn and discover new things. It’s essential to get the right people in the space, with a unique blend of mindset, skill set and experience needed to tackle ambiguous projects.

Buried in the graveyard

Australia is known for producing great innovations, thank you WIFI, Google Maps, Penicillin, Ultrasound and my favourite, Milo. Yep, brain juice from the land of Oz. Despite the game changing inventions, funding and general risk tolerance to develop new ideas is still very much behind in Australia, even with the Federal Government’s push to make Australia the innovation nation.

Yes this is changing, but there are still roadblocks to the success of labs.  For many that fail, it’s because they’ve made little to no financial contribution to company revenue. There is no shortage of creative juices or volume of ideas originating within the labs but few are designed to search and execute on profitable business models. This has to do with a focus on product rather than business model and a need to always build rather than ‘buy’ or ‘curate solutions in an innovative way’.

Preventing good innovations making their way out of lab then dying requires a framework and processes that considers clear pathways back into the business. Finding a sponsor with budget and mandate should be done upfront before any money and time is spent on a new innovation.

Something that we see all too often is innovation labs that struggle with the idea of failing fast. Fast failure means killing bad opportunities, it should not mean good opportunities dying because of bad innovation practices

Innovators need to be comfortable with the idea of failing fast. The approach should see lots of experiments along the way to a grand success story. Some small parts of the process will fail, and some will grow, and some elements will die. And that’s totally acceptable, in fact we would consider that a positive outcome of elimination. It means that our assumption to knowledge ratio is improving and we become better equipped to make decisions.

It may sound strange but innovation labs need solid frameworks and governance highlighting their strategic fit and how innovators engage with the lab itself. The take on criteria for a functioning innovation lab needs to consider:

Funding models also need a holistic approach so it’s not stalling at the stage gate meeting. Project governance needs a well-rounded approach, not just in people but in skills as well. The blend needs to consider design, business, engineering and everything in between. And finally, the processes and language involved throughout the organisation need to be common so that everyone can understand exactly what’s going on. The key is in common language that is simple, easy and sticky.

No, we’re not talking Metric versus Imperial. We’re talking metric systems to measure success. Many innovation labs either have incorrect metrics in place or don’t have any at all. And this is a pivotal flaw. Success must be goal oriented. You can’t measure the success of a lab by the amount of people involved, it’s about the type of people involved and the outcomes achieved.

It’s crucial to define the purpose in the first place. Innovation centres fail because of lack of purpose. Measurement should happen in stages, rather than in long-term increments. The activity metrics like number of customer interviews, number of prototypes created and tested etc. are all important to measure and report on but over time value is measured by revenue!

One of the biggest challenges for innovation labs largely rests with the executives and management, and whether subordinates are empowered to push up against hierarchical structures. Those higher up in the pecking order need to understand how to sponsor projects and to resist the desire to quash change.

Laying the foundations with clear philosophies on how projects will find success is integral to project coherence. I’m passionate about getting teams out of the office. Innovation doesn’t have to happen within the four walls. Second, and as the CEO of Fusion Labs, I welcome this: kill the HIPPO. Never allow the highest paid person to be the only decision maker, we don’t necessarily know the minute detail of everything.

When it comes to innovation, it’s a three-prong approach – think big, start small, scale fast. Innovation is found when everyone on board understands the purpose, goals are aligned to the objectives, failure is welcomed and a culture to question is adopted.

« Looking back: the top 10 interview articles of 2017Why the Facebook news shouldn’t come as a surprise »