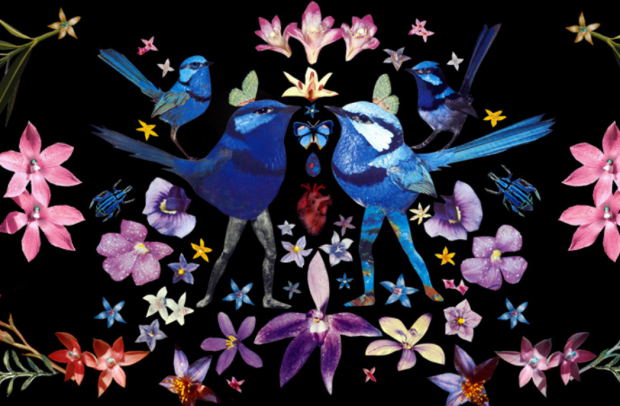 The Fivex Art Prize is Australia’s first digital billboard art award. Following the recent announcement of the Know My Name initiative (Marketing 19 November), it is another project launched to showcase the works of Australian artists via the medium of screens and digital billboards. The difference is that for this Melbourne CBD-based event, the focus is on emerging and leading artists who have made works specifically for the medium itself with a display of digital billboard art.

Sponsored by digital billboard company, QMS Media, and presented by philanthropic community and cultural support organisation, the Fivex Foundation, the inaugural $30,000 Fivex Art Prize: Billboard Art Reimagined is aimed at bringing vibrancy and colour to the city as it emerges from spring’s COVID-19 lockdown.

The winning and finalist works will be presented on two prominent billboards opposite Flinders Street Railway Station in Melbourne from Monday 14 December to the end of January 2021. The winner will be announced at the launch of the exhibition by Melbourne’s newly re-elected Lord Mayor, Sally Capp.

Out of 500 Australia-wide entries, six artists and creatives were selected earlier in the year as finalists and, as well as that Grand Prize of $30,000 for the winner, each of the artists on the shortlist will win $1000. 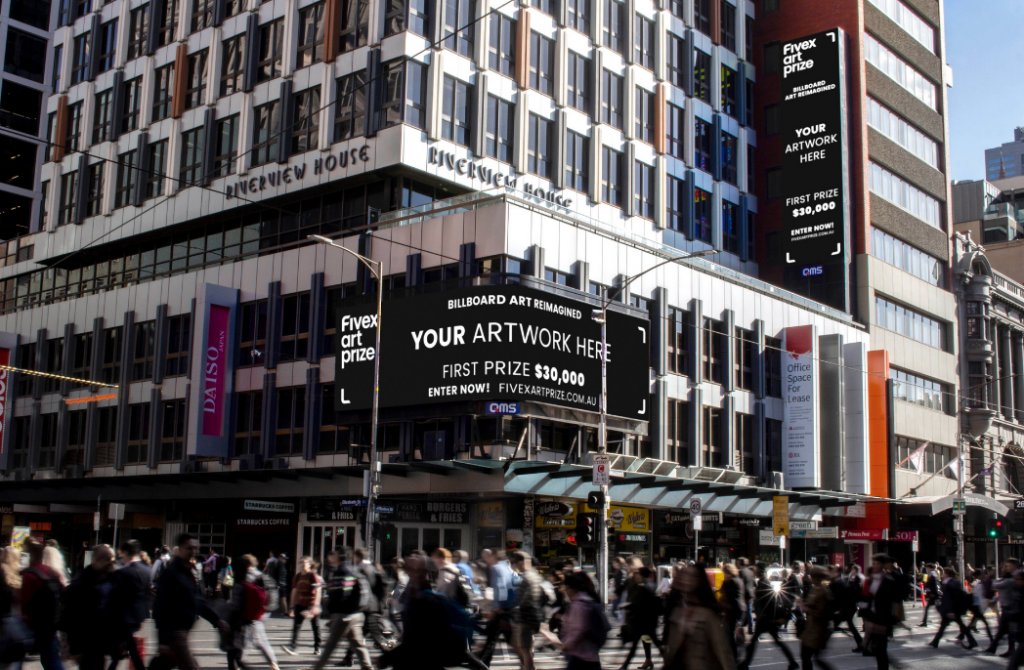 ●      Song Cycle – by Catherine Clover (Vic). This is centred on the phonetic words used by bird field guides to approximate the bird songs of the Indigenous red Wattlebird and the introduced common starling, both local to Melbourne’s CBD.

●      Move in All Directions – by Phi Do (Vic). The illustrator’s work is a stylised tribute to the city’s geometric layout and Flinders and Elizabeth Streets intersection, Melbourne’s only diagonal crossing.

●      Evolutionary Exuberance – by Deborah Kelly (NSW). This offering captures the complex interspecies entanglement of city life while reminding viewers of the natural world’s resilience and promise of harmony.

●      Peak Frequency – by Daniel Kotsimbos (Vic). Also mindful of its environment, this piece presents a visualisation of the sonic patterns recorded at Melbourne Square Crossing to reflect on the public space and routine foundations of our public lives.

●      City of the Future – by Kent Morris (Vic). The artist and curator’s photographic montage includes Australia’s native songbird, the magpie, to highlight the Indigenous histories and stories that are central to Melbourne’s landscape and its future.

A week before the launch, the Fivex Foundation’s first major commission, Gary Deirmendjian’s pulse, will begin screening at Federation Square in the city. Described by the artist as “the imagined heartbeat of the vernacular, pulsing silently with calm yet vital assurance” and taking over the digital façade for several hours most evenings with a rhythmically beating colour field of light, the artwork is intended to offer a “tangible expression of the city’s strengthening heartbeat after prolonged COVID lockdown, filling the public space with gentle pulsing light that spills out through the perforated façades and reflects on passers-by and the surrounding buildings” according to a press release.

Commissioned by the Fivex Foundation and presented in association with Federation Square, pulse will also be on display until 31 January 2021.

« Generation Zers believe they are the most creative, according to Adobe pollIt’s Your Energy campaign launched to give consumers more control »