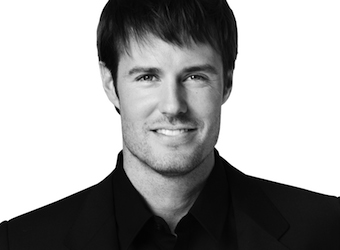 The most effective way to work with a celebrity is to get the brand to take the mickey out of them, writes Jonathan Pease.

The first reason making fun of celebrity endorsers is so effective is obvious: the brand stands out and is not overshadowed. In other words, the brand is the hero of the campaign, not the celebrity.

The second reason, which is more important but less obvious, is the brand gets to break down the stereotype of ‘celebrity’ and therefore puts the celebrity and brand on the viewer’s level. This does wonders for the brand, as it comes off feeling authentic, insightful and witty. Audiences love brands that create jeopardy by getting celebrities to take risks with their seemingly untouchable images.

This way of working is even more relevant when dealing with a big celebrity in a Super Bowl situation. The audience knows the brand is spending around $4.5 million per 30 seconds and they also know the proverbial truck has been backed up to pay the celebrity. The bigger the celebrity and stage, the more the brand needs to make the celebrity their bitch.

There’s no bigger stage than the Super Bowl and this year there are lots of ads that feature this type of celebrity partnership. Here are my favourite three in no particular order:

T-Mobile makes Kim Kardashian the butt of the joke

Kim’s clearly in on the joke and appears to enjoy making fun of her public image in this ad. The ad cuts through from the moment the first super “Kim Kardashian – Famous Person” appears on screen, all the way through her mock PSA style speech to ‘save the data’ with T-Mobiles new product called Data Stash.

Something you’d never call Danny Trejo is feminine. In this latest instalment of the ‘You’re not you when you’re hungry’ joke format for Snickers, we see Danny Trejo playing Marsha Brady in a Brady Bunch inspired ad. Perfect casting if you ask me, Danny detonates his action hero/bad guy image and knocks this teen female performance out of the park. He’s not allowed to steal the show though, as the ad ends with a temperamental Steve Buscemi playing the role of the always angsty Jan Brady.

Bryant Gumbel and Katie Couric are TV royalty in the US and they make their substantial livings by being plugged into culture. In this ad we see BMW position them as out of touch and slow on the uptake. This is highly effective as the product they’re spruiking, a wind turbine electric car with no motor under the hood, is likely to be beyond comprehension for most viewers.

Surprisingly, this technique is also incredibly powerful for the celebrity’s personal brand. Celebrities who are willing to be self-deprecating in mass media quickly become highly relatable for the audience. Suddenly a celebrity who was perceived to be out of reach is now on the viewer’s level and able to have a real conversation about a brand with the audience.