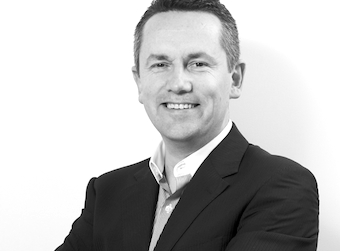 If you’re a MasterChef maven or a frequent diner at the Chiswick Restaurant in Woolahra, you’ll have heard tell of the famous Moran family lamb. Slow cooked for four hours in a wood fired oven, you’ll need only a fork to separate the sweet meat from the bone.

Not that I know personally but one of my guests remarked that it was the best meal he’d ever eaten! He was one of almost 1000 people in need that sat down for dinner in the CEO Cookoff in Sydney this month.

A bunch of CEOs signed up to be yelled at by celebrity chefs and raise money for OzHarvest and Big Issue.

Both Wilson and Everard thought it would be fun for me to see the other side of the kitchen doors and, after raising $4164, I fronted up at Cathedral Square in Sydney to discover that I would be personally bollocked by none other than Chef Matt Moran – Australia’s answer to Marco Pierre White.

If any of you have seen Gordon Ramsay’s Hells Kitchen you’ll understand I was a bit hesitant, but I was watching Moran demonstrating how to use a spoon to give a Nike-like swoosh to a dressing of garlic and hummus and felt the urge to capture the moment.

Unfortunately the flash went off and Moran said gravely, “What kind of business are you a CEO of son?”

The word ‘advertising’ was said so softly I didn’t think he’d hear it. “Well you can practice your art direction on the next 50 plates.”

And so now I am an expert in putting a spoon back into a blob of dressing and creating cuisine art!

Lamb, as I said up front, was the main course, but 36 of Australia’s leading chefs did it all differently.

I’d love to tell you about a day in the kitchen doing all the prep on Matt’s lamb but the fact is it arrived from his restaurant ready to be bunged in the oven – all we had to do was final prep, including my signature ‘swoosh’.

None of us got bollocked, but just prepping and serving so many people really knocks you around. I don’t know how our diners were chosen but by their comments on the food and their enjoyment of the night, they were well chosen.

I reckon everyone in our brigade felt that they’d really done something worthwhile – especially bloody Paul Hilgers who raised a bloody fortune – and not only would they do it again next year but would recommend it to all their mates.

This year records were broken with over $1 million raised but, also importantly for the 132 CEOs taking part, so was a fair bit of humility.

We learned it’s still the Lucky Country, but not for everybody!

BY ON 20 February 2013
Nick Hickford, Wilson Everard CEO, has spent the last 10 years running agencies after 15 years client side in FMCG marketing roles across Sanitarium, National Foods, Berri and Energizer. In 2011 Nick joined Wilson Everard from The Bridge, one of Melbourne’s original strategic planning agencies, bringing his strategic experience to partner to the creative strengths of Wilson and Everard. Nick can be contacted via nick.hickford@wilsoneverard.com.au or +61 3 98675100.