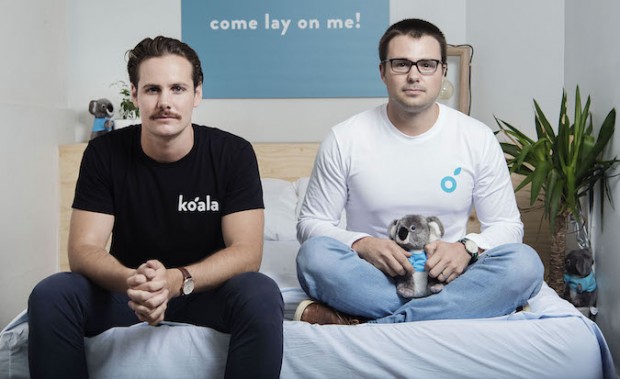 Marketing spoke with Dany Milham and Mitchell Taylor, founders of Koala mattresses, about disruption, their support of the Port Macquarie Koala Hospital, expansion to New Zealand, Japan and China and their partnership with Steve Smith, Australian cricket captain.

Dany Milham and Mitchell Taylor founded Koala mattresses in November 2015 after both having been involved in various ecommerce ventures and wanting to get into business together. Their extensive research on mattress manufacture and comfort, with a constant focus on simplification of manufacturing and minimisation of cost, led them to do away with springs and memory foam technology commonplace in mattress construction, to develop their own unique foam.

Their successful video ad campaign and disruptive business model – based on an online store, competitive pricing and free and rapid delivery within Australia – has seen their first six months in business move them from strength to strength, and their business now supports the Koala Preservation Society and Port Macquarie Koala Hospital, and they will be moving to New Zealand, Japan and China markets in the coming months.

Dany Milham: The mattress industry is one that hasn’t really been touched by technology yet – like you’d see with almost every other ecommerce industry. Mattresses themselves typically only cost a few hundred dollars to make, with a mark up because of overheads, distribution fees and retail costs. It can be as much as a thousand percent markup. So, what we tried to do is create a really affordable product for the consumer. Within four hours we can get a mattress to your front door in Sydney, Melbourne and Brisbane, at the price of one eighth of the mattresses that can take three or four weeks to get to your house.

Our business model is really based around everywhere we can, we try and make it a more efficient way for our customer service.

Mitchell Taylor: The beauty of what we do with this model, is the customer really wins, because they’re getting so much value for little money. We’re using the world’s best materials to make this mattress, all made here in Australia. So, it’s a very, very high quality. Similar products in the bedding industry go for up to $8000 for the same ingredients. That’s been our platform – giving people a really high quality product, for an affordable price. It’s about making people happy, especially the customer.

Related: Don Peppers on why these days, the customer is the biggest disruptor of all »

M: How did you land a partnership with Steve Smith? (Australian cricket captain) 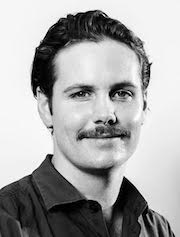 DM: Steve was looking at getting involved with more tech startups, and really take on the business side of his career. Just by asking around, we were introduced to him, and he came on as an advisor in the earlier stages. He was really involved with the R and D process. Testing the mattresses. Someone like him who travels every week to a different place, different hotels – he’s been on a lot of mattresses. More than anyone I’ve ever known. He was really good in the early stages of getting in there, and getting into the R and D. Since becoming the captain of Australia, he’s had to step back a bit, and takes on more of a management level when it comes to the everyday running of the business.

M: Is there any opportunity down the line to see Steve and the Australian cricket team on the Koala mattresses on TV ads over the summer?

DM: We keep it pretty separate. It’s not really a sponsorship role, he’s a very intelligent man, we don’t want to use him as an influencer or anything, we want to use his skill and expertise. We’ve floated the idea of getting the Australian cricket team all on a Koala, but that’s a matter of battling every other company who’s out there fighting for them to be brand ambassadors.

M: how did your work with koala preservation and care come about? 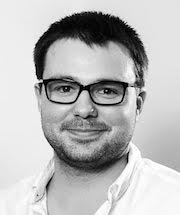 MT: That was one of the tasks we thought would be the easiest, but finding the right partner turned out quite difficult. We went with the Port Macquarie Koala Hospital, they’re doing an amazing job up there, every dollar goes to injured koalas, or conservation. What we decided to do was, for every mattress we sold, we would adopt a koala, so the money went to adopting a sick and injured koala, at the actual hospital. But things were growing so quick, there weren’t enough injured koalas. What we’re doing at the moment is helping to buy up land on the east coast of Australia for koala conservation. Protecting habitats, things like that.

That is evolving. We’re looking at expanding to Japan and New Zealand. So we’re finding out what animal to adopt in those countries, and how to go about it.

M: How has this effected your brand image, in terms of customer satisfaction and feedback? Has it played a part in your growing sales?

MT: Absolutely. The way I think about it is, if you’re selling a product into the market, the consumer needs to trust you. What better way to show them that you’re a good company, that you’re people trying to do good?

That resonates with the consumer, because people, in their nature always want to do good. They look at us, and think ‘oh, wow, these guys are doing such a nice thing with the koalas, I have trust in them because I’m like that myself.’ It gives us a connection with the consumer.

Also, as a business, Dany and I have always tried to make all of our businesses ‘social good’ companies. At the end of the day, it really doesn’t take much, we can still make a successful business work, while giving back to the community or the environment.

The environment’s the easy one, because it doesn’t have that political stigma attached to it, whereas if you were doing community groups, and things like that, it can get quite political. We’re from Byron Bay, we’re very outdoorsy, we love the environment, so having a business, and being given the opportunity to give back is a blessing.

M: How are your plans shaping up as you look towards international expansion?

DM: We’ve got some ambitious goals for the next six to 12 months. We only launched in November, we’re looking to launch in New Zealand in the next two months, and then the following months, we’ll be launching in Japan, and following that, China. With our results, every month we keep smashing our goals. We were looking to do $12 million in our first year but now we’re looking at $14 million in our fist 12 months. It’s going absolutely crazy.

We’re trying to scale, as it grows. It is ambitious going to three different countries within a few months but we may as well give it a crack.

MT: We’ve got such a talented team to take us there. Our co-founder has been involved in a number of international startups, and large corporations. We’ve got all hands on deck. We’re getting to the point now where we’re building up some stock in our warehouses, rather than being sold out every week. We’re at that position. We’ve just made a lot of key hires. We’ve got more key hires in the future, so it’s taken a lot of pressure off us to look internationally, and start building the business. This year, our biggest thing is around brand awareness, and trying our best to become a household name this year. We plan to put Koala in front of you everywhere you go, so you recognise us.

You may be familiar with Koala’s demonstration videos