No more cigarette advertising? Never mind, there’s an app for that

No more cigarette advertising? Never mind, there’s an app for that 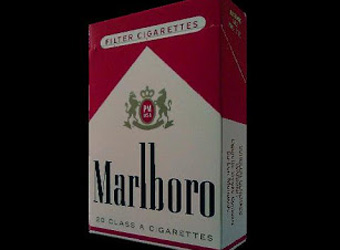 “Every time a door closes a window opens.” This clichéd greeting card sentiment must be the catch-cry of tobacco marketers globally. Ever since tobacco advertising was first forced off our television screens in the 1970s, the tobacco industry has been at pains to splash its logos and brands just about anywhere it can.

Public health officials and governments have never been able to keep up with determined and inspired cigarette advertising executives.

No more roadside billboards? No worries – we’ll make our shop displays even bigger and more exciting! No more magazine ads? We’ll sponsor sport and music festivals instead! No vouchers, prizes, giveaways, contests, or freebies? Ok, we’ll buy a starring role for our cigarettes in movies!

It’s not surprising then that tobacco product promotions have wormed their way on to our mobile phones through app stores. With Smartphone sales and mobile Internet use skyrocketing globally, it just makes good business sense to take advantage of this highly unregulated medium.

Devotees of the most popular cigarette brand in the world, Marlboro, for example, can pay just 99 cents to decorate their phones with the infamous red chevron.

While it could be completely feasible that the Marlboro global brand owner, Philip Morris International, is not at all connected with this app, they do not appear to have taken any steps to prevent app developers from abusing their trademark. Given how forcibly Philip Morris defended its trademark rights in the Australian High court over plain packaging this seems strangely inconsistent.

Tobacco industry defenders will undoubtedly contest that any move to regulate content on app stores is tantamount to gagging the most vulnerable citizens who dare to defy the powerful nanny state. When the simple truth is, tobacco advertising laws must be adapted to keep up with new media.

Distinguishing commercial speech, bought and paid for by the tobacco industry, from the private voices of citizens who favour smoking is a cornerstone of all tobacco advertising laws. There is no suggestion that anyone be prevented from distributing pro-smoking content online, or through app stores, that is not sourced from the deep marketing budgets of the tobacco industry.

Many countries which have enacted tobacco advertising bans state that they also include all forms of Internet-based advertising. But, there is very little evidence on whether or how well these sorts of provisions are actually being enforced. Australia’s recently enacted ban of online tobacco advertising has yet to be tested.

Intriguingly, plain packaging may prove be the most viable solution to the end of tobacco industry efforts to continue to find loopholes in advertising legislation. If consumers are no longer familiarised with iconic brand imagery through cigarette packages, then apps like the one above lose all their meaning.

All too often we read news stories of the Internet, and social media in particular, of being the source of all evil in today’s society. Facebook has been blamed for everything from causing asthma attacks to breaking up happy marriages. However dismissing this issue as yet another case of a hysterical reaction to new technology would be to accept the tobacco industry refrain that it is a legal industry like any other. There is no other industry that kills half of its best customers.

Indeed, app stores can also be a fantastic resource for health promoting activities. But for every positive app such as RunKeeper there is a 101 Drinking Games, self-described as the ‘#1 Drinking Game app! To help you get smashed!!!’

Research on Internet content regulation has failed to address the global nature of the online world, so international collaboration on Internet regulation is imperative. The World Health Organization Framework Convention on Tobacco Control is an ideal mechanism to exchange analysis and information on emerging technologies and best practices for online tobacco advertising bans.