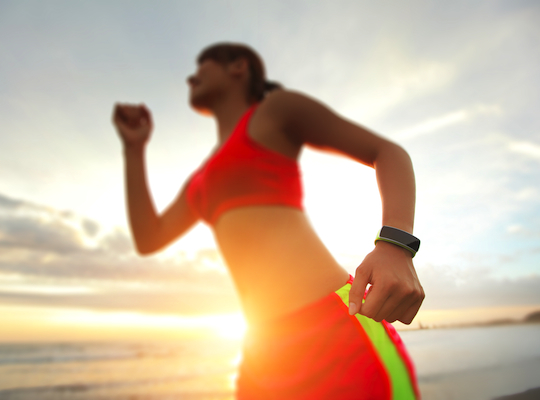 All this buzz about new wearable technology devices is ignoring the reality that they will have limited impact on real health outcomes, argues David Glance, Director of UWA Centre for Software Practice at University of Western Australia. This post was originally published on The Conversation.

Rumours are surfacing that Microsoft will launch its own smartwatch in the next few weeks. Given that Microsoft Windows Phone accounts for just 2.5% of the world smartphone market, the watch will work with Apple and Android devices as well as Microsoft’s own platform.

What is interesting about this move is that the commentary about the device is focusing on its role in tracking heart rate rather than its other features.

The focus on the health aspects of wearables is part of a general trend amongst technology journalists who predict a “coming revolution in healthcare” as a result of these devices.

This is not surprising given that when Apple CEO Tim Cook announced Apple’s smart watch he described it as a “comprehensive health and fitness companion”.

The future of wearables as health devices is easy to imagine. Sensors will collect a range of data, software guided by artificial intelligence algorithms will make sense of this data and both the wearer and the wearer’s physician will be updated with a real-time analysis of the wearer’s health status.

Couple this with the terrifying statistic that in 2012, 50% of all US adults, that is 117 million people, had a chronic disease. In 2006, 84% of the total health budget was spent looking after this 50% of the population. The situation in the rest of the world is not that far behind the US.

Unfortunately, there are many problems with this picture that make the impact of wearables on health outcomes extremely limited.

The first of these is the limited number of people who currently use any sort of fitness tracker or smartwatch. Somewhere between 5% and 15% of Americans wear fitness trackers of any sort.

Of these, 35% will stop wearing their devices after six months. It is not known what proportion of people with smartwatches actually use the fitness tracking capabilities of these watches on an ongoing basis.

There is little information about the demographics of people who purchase fitness trackers and smartwatches; however, given the cost, consumers are likely to be the “wealthy well”.

People suffering from chronic disease on the other hand are more likely to come from the less educated and lower income population.

And then there is the issue of what data these devices collect and what we can actually do with that data. Fitness trackers and smartwatches currently report activity through steps and heart rate.

This is useful information to measure exercise intensity and duration, but not very useful as a diagnostic for health. Even if sensors could deliver information that was useful in actual diagnosing or managing health conditions, there would always be an issue with doctors reluctance to rely on information they haven’t themselves collected and on equipment that was not medically certified.

Acting on unverified information could leave medical personnel legally if that information later turned out to be incorrect. None of the smartwatch manufacturers is currently interested in taking their watches through a medical certification process and so the data that comes from them is always going to be couched in legal disclaimers.

Finally, there is the issue of privacy. Storing step counts on Fitbit.com’s website may be acceptable to most people but the idea of storing more sensitive health-related information with companies like Apple and Google will prove another major barrier to adoption.

It was privacy fears that stalled the adoption of Google’s and Microsoft’s previous attempts at providing a cloud-based health record services.

Doctors and health services wanting to interact directly with data provided by patients’ wearables would have to be extremely confident that they could do this without that data being accessed by hackers.

Fundamentally however, wearables do not address the central issue of the burgeoning chronic disease problem which is caused by poor diet, drinking alcohol, smoking and lack of exercise.

The root cause of these behaviours are social and economic. While the tech companies may try to market wearables on the basis of health benefits, these devices will never be a revolutionary cure.