Google study: Content is King, the screen is Queen and context is God

Google study: Content is King, the screen is Queen and context is God 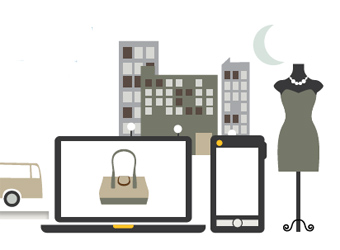 Forget second screen behaviour – a study from Google in the US shows audiences splintering across four connected screens to consume digital content, with context deciding which screen fits best.

Smartphones, tablets, desktop computers and connected TVs are the four devices being used across different occasions, but their power to marketers lies in how they are used together, the study of 1611 Americans found.

The device chosen by multi-screen-owning consumers depends on the context – the amount of time available for the task, the goal of the task, the consumer’s location and their attitude or state of mind. Desktop computers are most commonly chosen for productivity or more detailed information tasks, smartphones to stay connected or for short bursts of activity, and tablets and smart TVs for entertainment.

In combination, 90% of all media consumption, or 4.4 hours per day, occurs across these four screens, but the most important device is the smartphone due to its tendency to initiate tasks that snowball on to other screens, or as Google calls it, ‘sequential device usage’.

In addition, smartphones are the most common sidekick device accessed for ‘simultaneous usage’ with other screens – the other mode of multiscreening identified in the report

The implication highlighted by the report is that while the total content experience doesn’t need to be designed for smartphone, the initial and the accompanying parts should be, and integrated into how that content might be used on other devices. 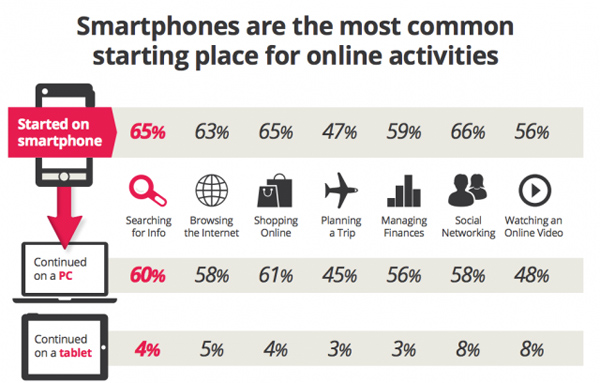 The study found that while users are watching TV the most of any screen – on average for 43 minutes per session – 77% of that time is shared with the use of another device.

Desktops – PCs or laptops – enjoy the next most involved sessions, usually lasting 39 minutes each. Tablets and smartphones command shorter sessions again, with 30 minutes and 17 minutes spent per session respectively. 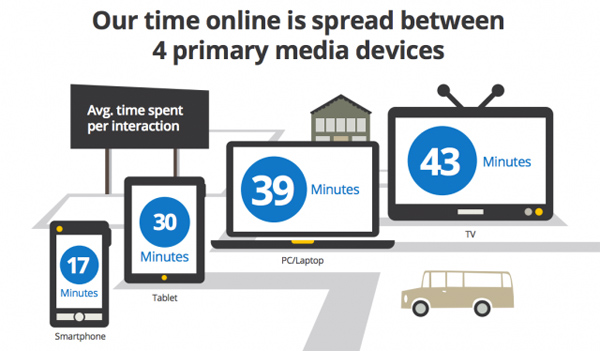 The study, conducted in conjunction with market analysts Ipsos and Sterling Brands, polled 1611 people across 15,738 media interactions and nearly 8000 hours of activity during quarter two of 2012.