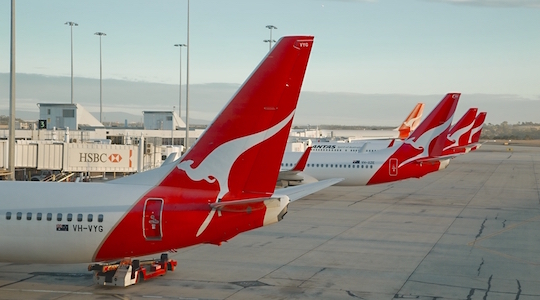 Qantas has announced popular Australian health and wellness podcast, ‘ Slow Home’ will be featured in its on-demand in-flight entertainment.

It will include four independent shows hosted by OmnyStudio as part of the continued evolution of its entertainment system.

Other shows in the roster include ‘We Fact Up’, ‘Women’s Health – Live Better Radio,’ and ‘The Disruptive Entrepreneur.’

The news was announced on 30 September, coinciding with International Podcast Day. Mad Saraceni, OmnyStudio head of content said the announcement is recognition of the fast growing podcast movement.

The podcast movement has over 40% growth over the past three years.

‘Slow Home’ is part of the Jackrabbit.FM network of seven shows that has a combined monthly listenership of over 150,000 downloads.

Brooke McAlary, host and producer of ‘Slow Home’, created the podcast to help people who are “over-worked, over-committed and over-stressed”. It has been downloaded 1.5 million times this year alone.

The iTunes number one health podcast is designed to help spread the idea of a slower pace of life to an international audience.

The new in-flight entertainment offerings aim to provide more choice to customers looking for variety, and expose some of Australia’s local podcast talent to an international audience.