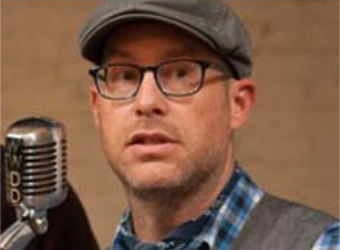 Online communities have been around since, well, there’s been an online, but the rapidly evolving age of social media has thrown a hypothetical spanner in the works. Community managers and digital strategists swarmed to Sydney in September to hear expert international and local speakers give insights and advice on building and operating the best and most successful online communities at ‘Swarm’, the conference.

International speakers included Keith Crowell from the US, a social media expert and vice president of Social Instinct, a social media moderation and management platform. Crowell has been building online communities since 1998 when he worked as a key member of Apple’s first email support team and came to the attention of Steve Jobs with his idea of using customer feedback to produce useable customer data.

Social Instinct has offices in San Rafael, California and in Sydney and is a platform owned by Appen (formerly Appen Butler Hill), a language technology solutions and consulting firm and has had offices in Australia for 20 years.

In his presentation, Crowell presented statistics about why social is important to business, including two which are extremely relevant to big companies: 59% of customers will switch brands to get better service, and a staggering 96% of job seekers say reputation was an important factor when choosing an employer.

Crowell spoke exclusively to Marketing after the conference.

When asked what can companies do to arrest people switching brands, Crowell says one of the keys is to “establish a listening protocol for social media, which means look for mentions of your company and see what people are saying about the customer service.

“Address problems that arise as quickly as you can.”

He also warns that companies and brands are wrong to think consumers will only use ‘their’ channels – such as company website or telephone number – to criticise, praise or generally offer feedback on the company. “Customers use whatever channel they can use… With the prominence of Twitter and other social media this is no longer the case.”

Asked whether companies need to monitor social media around the clock, Crowell says yes, but in most cases that could be done with software (such as his company makes). In that scenario any problems that arise outside of normal working hours are flagged and can be placed in front of, and addressed by, a human member of the company’s social media team.

The statistic regarding the huge value put on company reputation by job-seekers came from an article in the highly regarded MIT Sloan Review earlier this year. Crowell says the most important tool a company can use to get the job-seekers’ view is to do an organic search for a company online and see what comes up.

“The key thing you can do is tackle your main social media channels – Facebook, Twitter, Google Plus, Instagram, whatever is relevant for your industry,” he says. Crowell gives the example of Social Instinct’s parent company, Appen. Quite a while back, the company was having trouble attracting quality staff for positions such as home-based search engine evaluators, translators and interpreters in key markets around the world.  When it looked at what sort of thing came up in organic searches, one was that people in some countries had not heard of the company and thought the job ads might even be part of a scam, as is often the case for internet-advertised, work-at-home jobs, advertised by companies located in foreign countries.

Although the stats provided above are from the US, a whitepaper specifically focused on Australian and New Zealand job-seekers published in June this year back them up. The research, conducted by global executive recruitment firm Robert Walters, found that although joining a recognisable brand with a good reputation was only the main attraction for 14% of respondents (across all industries) 80% of professionals said working for an organisation with a corporate culture that fit their values was very important. 70% also said strong leadership and being a part of an organisation with a good reputation was very important to them.

The report also found that 23% of professionals would never compromise on joining a company with a good reputation.

And in case you’re wondering what Steve Jobs was like, when asked by a Swarm audience member what it was like to work around Steve Jobs, Keith Crowell said the movie Jobs is pretty accurate: Jobs was a brilliant guy but not always a very nice guy…