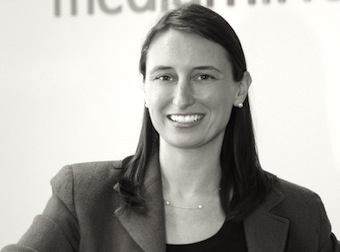 This article was co-written by DG MediaMind’s Jaime Singson

Not many years ago a video studio could make a living out of producing video ads for just one or two clients. For campaigns with a heavy retail message they’d spend days producing cuts of the same offer for each television markets. They’d probably have several versions for each location, with messages like ‘starts tomorrow’, ‘must end Saturday’ and so on. Lucrative for the studio, perhaps, but also slow, unresponsive and immensely tedious for the person charged with the task.

The problem grew even more immense with the growth of online. Advertisers wanted more versions of flash ads, driven by a broader set of variables – demographic, geography, site-specific or behavioural. The task of updating the flash, generating the .swf files, uploading them into the ad server, obtaining approvals and putting them into rotation was cumbersome, to put it mildly.

You might have even experienced the process yourself. And the heartache when you reach the end and legal wants to change the wording in a disclaimer. Time to start all over again!

Thankfully, times have changed. Software got smarter and templates were created that allow anyone to make on-the-fly changes to pre-determined elements of creative without going into Flash. This process, called dynamic creative, freed up the creative team to work on, well, creative, rather than wasting hours regurgitating variations to the same concept.

It’s how retailers produce multiple ads, showing items relevant to particular users. If you’ve recently searched for cameras, you might see a few models with attractive price points appear. The same retailer might be pitching TV sets to another group of prospects.

From process improvement to campaign optimisation

Dynamic creative is a real time saver. It streamlines production and enables you to change the imagery or products based on the audience. It’s also useful for ad optimisation – headlines or descriptions can be changed, or colour schemes and background images. All can be tested and the best result covered early on in a campaign. There’s a term for all of this: ‘smart versioning’, creating ads that are more meaningful to the viewer.

It’s a long way from the days of old, when the creative team produced an ad and that was that. We’ll quickly move from the manual production of multiple versions of advertisement to a future where algorithms that learn how to piece together the optimal creative for the audience. As results are collected ads could have their text and images swapped out, along with replacement video sequences or animations. The overall layout and content of an ad adapts to suit the identified preferences of the target audience.

The newest dynamic tools make all this possible, automating the production of hundreds of product-based creative versions while controlling other dynamic elements as well. This sort of retargeting of visitors can significantly increase ad spend, turning browsers into buyers and driving repeat business too by allowing branded retailers to suggest what products to showcase to a particular audience segment.

Where does this leave the creative team? After all, it sounds like their role has been delegated to scientific method. That’s not entirely true, of course. Ads still require great ideas – it’s just that now there might need to be more variations considered. The old days of when the client says ‘I like this ad better’ should be behind us. Today it should be a case of, ‘Let’s try them all and see which works best.’

In the past such an approach would require intensive creative resource to build the various ad formats. Now, with smart versioning this is happening almost automatically. One product shot might work better than another. For some segments a green backdrop might work better than red. Early testing in a campaign can arrive at the best outcome for each segment and channel, without the massive rework from the creative team.

The internet is, of course, all about one-to-one marketing. But we’ve assumed that’s unlikely to happen with advertising. Sure, what we see is targeted at us, but we’ll see the same creative as thousands of other people, right? Well, that could be changing. Advertising could shift from creative for segments, to creative configured for individuals.

Just as third-party demographics are being added to behavioural data to determine where ads are placed, the same criteria will have a bigger influence on what that ad looks like. And, yes, it is entirely possible that some people will start seeing designs created just for them. How people react to one ad could help determine what they see in the next ad.

It’s a brave new world. It even has its own acronym, DCO: dynamic creative optimisation. It means consumers take an interest in what they view, advertisers see a better result, planners have a powerful tool to focus the message and creatives get to go home at night.