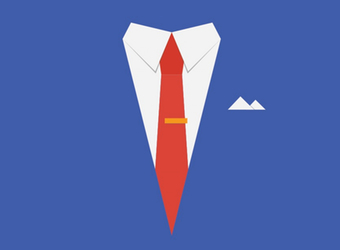 Karl Treacher writes that the successful CEO of today and tomorrow will be less MBA and more NPS.

I’ve never really been into bird watching. Mostly because birds don’t interest me as much as other animals. ‘People watching’ on the other hand, and to a lesser extent ‘dog watching,’ has a way of capturing my attention. Regardless of the object of observation, the human powers of deduction are nothing short of phenomenal. We have an unequalled ability to identify, recognise, categorise and generalise. We do this by ‘decoding’ compound behaviours, meaning we observe and judge micro movements, tones and smells, so we know how to relate to whatever is in our field of vision or immediate presence… and we do it all subconsciously.

What is less impressive is our ability to identify CEOs (chief executive officers) who know what they are doing.

The above statement is loaded, because what CEOs once did and needed in order to perform has vastly changed in the last decade. The CEO of the past was a strong shareholder representative with experience in business administration and, ideally, leadership. These CEOs are quickly being overlooked and, in some instances, dismissed to make way for CEOs interested, skilled and experienced in what actually matters in this modern age: brand, culture and customer experience.

What was once logical but yet the view of a few is now a commonly held perspective of leading business analysts. There are now too many cases of brand performance at the hands of the new CEO mould to ignore. Let’s take a look at just a few.

The big brands and big names

The first and most obvious modern CEO is Virgin’s Sir Richard Branson. Branson in many ways is the brand. The Virgin Group owns more than 400 companies and @ RichardBranson has over four million followers.

The Virgin purpose and values are well-known and made real daily. Branson himself has created brand folklore time and time again. For instance, Virgin is all about value, democratisation and a sense of fairness. In the 1990s, after British Airways (BA) was privatised, tensions rose between the two leading UK airlines. Branson accused BA of corporate espionage and customer poaching, labelling the affair ‘Dirty Tricks’. He was later vindicated in court and BA paid Branson £500,000, Virgin Atlantic £110,000 and the cost of his legal fees (up to £3 million). He distributed this among his staff, calling it ‘the BA Bonus’.

The next well-publicised, big-name modern CEO is Tony Hsieh, founder of Zappos. Hsieh knows all about brand, culture and customer experience. The Zappos tagline is ‘Powered by Service’. During their one month of training, Zappos employees are offered one month’s salary to quit. Why? Because unhappy employees create unhappy customers. Anyone who takes up the offer, after having seen the company’s approach to culture and its strategy, is a bad fit. Zappos parent Amazon has now adopted the idea, just for fulfilment employees, who will get the offer after a year, and then once a year, to quit and receive $2000, increasing $1000 for each year they’ve worked at the company to a maximum of $5000.

In addition, Zappos call centre employees don’t work from scripts and have no limit on call times. The record is 10 hours and 29 minutes, after a customer bought Uggs and discussed, life, movies and favourite foods with the call centre worker. It is this type of business behaviour that has led Zappos to experience 75 percent of its customers being return customers. Brand equity as a result is the world’s leading ‘go-to’ example.

What makes these brands even more interesting is that they don’t have a CMO, ad agency or pay for advertising. Yet, Tesla stock is up 500 percent since 2012.

Finally, let’s look no further than the youngest self-made female billionaire, Sara Blakely from hosiery and shapewear underwear brand Spanx. Blakely learned about brand by building Spanx herself from the ground up. She famously wrote a patent for her footless pantyhose herself, invented so she could wear a pair of white pants she’d bought, invested her life savings of $5000, picked up some marketing and PR books, and designed the logo on her friend’s computer. Blakely even personally wrote the copy on all merchandise to ensure it spoke to women the way she wanted to, in her tone of voice.

Identifying CEOs of the future

There are a host of common traits that serve as indicators of successful CEOs. Broadly speaking, an interest, experience and expertise in brand, culture and customer experience is the starting point.

Some other interesting observable traits (at least from the four leaders cited in this article) are: an aversion to paid advertising, an unwavering customer- first philosophy, courage to disrupt ‘the existing’, a hands-on approach, an underdog perception and a strong vision.

Given this new CEO profile, it will be fascinating to watch the CEOs of today either become the leaders of tomorrow or the dinosaurs of yesterday.