Founded in Los Angeles in 2011, Eggslut is the egg based menu from chef Alvin Cailan. But it’s not its signature dish The Slut worth focusing on, but rather the name itself. Where is the line between quirky to downright offensive?

Eggslut has been a staple for foodies visiting LA for over a decade. In that time, the restaurant has found homes in the UK, Korea, Japan, Kuwait and Singapore. But the popular restaurant chain was stopped before hitting Australian shores.

Why? Because of the name, of course. Eggslut is considered too offensive for Australians.

The regulators deputy president Bernard McCabe commented on the business name in 2018 when the restaurant tried to open up on local shores. “It is difficult to look past the fact the word is primarily used as a nasty slur that is intended to hurt and shame,” says McCabe. 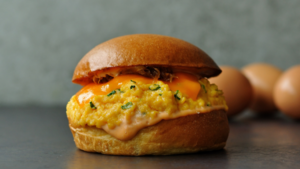 Eggslut’s signature dish is The Slut.

What’s in a name?

The phrase “eggslut” was coined by late chef Anthony Bourdain. During an episode of No Reservations in 2009, Bourdain called a fellow chef one in reference to him adding an egg to everything.

But the very definition of the word ‘slut’ is derogatory. It’s defined in the English dictionary as, ‘a promiscuous women, a prostitute; harlot, an immoral or dissolute woman, a dirty, slovenly woman.’

When did this sort of language get a pass as a brand name? The restaurant has global success. It was a social media phenomenon when it first opened. This sort of acceptance is therefore normalising a word still used today to denigrate and undermine women. Its use is in situ as a form of sexualised gendered bullying.

And there’s not denying that the word is well-known. In fact, the word slut is globally recognised. Reports say that 98 percent of the population understand its meaning as the one above.

“Ninety-nine percent of the time it is used as a horrible slur to women. It’s misogynistic, sexist and shameful bullying against females. Men never get called a slut, do they?” asks Parker.

Eggslut is not exactly a clever application of the word ‘egg’ either.

“Cheeky, non-gendered and non-divisive names would be better alternatives. Fantasyeggs, Eggsonlegs, Sexyeggs or Eggsex would be better to create conversation and pique curiosity without being so offensive,” Parker continues. 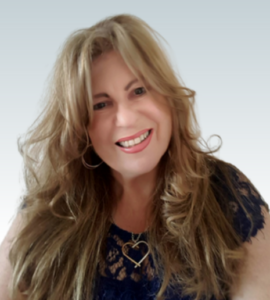 Sue Parker is the founder of DARE Group Australia

Creativity definitely helps businesses stand out and differentiate from the competition. Parker advocates for strong, provocative and inspiring brand names. But this doesn’t automatically equate to polarising vilification.

“Tart is another word that could be used,” Parker explains. “It’s polysemous. It has many well accepted definitions. Its origins were from a purist food and taste explanation.”

Any argument that suggests those offended by the name slut are over sensitive have been rejected by Parker.

Founder of Thinkerbell, Adam Ferrier, weighed in on the debate. And he is not impressed.

He added that empathy is essential. It’s about reflecting on who could be offended. 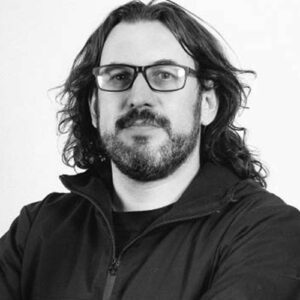 Adam Ferrier is the founder of Thinkerbell.

Eggslut is showing consumers’ complacency or ignorance to offensive words.

However, we’re living in a post Roe v Wade world. Can we really allow these business’ names to keep on existing? We’re handing out praise to businesses who are supporting female staff. Protecting them. So, how can a blatantly sexist and derogatory term be passed off as “funny” or “edgy”.

The question needs to be begged: are you giving support to the power imbalance of women? Well – it starts with the basics: removing sexist words from language.