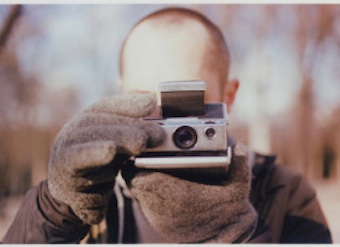 By Andrew Delaney, director of creative content at Getty Images.

There’s a famous story, possibly apocryphal, which has Ernest Hemingway lunching with friends sometime before his death in 1961 when he makes a wager with the others at the table.

Hemingway bets that he can write a complete story in just six words. The challenge taken, Hemingway writes ‘For sale: baby shoes, never worn’ and collects $10 from each of his fellow diners.

Regardless of providence, it’s a lovely anecdote and one that has renewed currency in today’s world of new media, the likes of which Hemingway could never have imagined.

Hemingway was a writer, regarded as one of the greats and known for the brevity and precision of his prose. We will never know how he would have fared in the modern world, but “For sale: baby shoes, never worn” is just the sort of short-form communication that is blossoming.

Technology and video are changing the rules of communication.

It’s hard to imagine, given the social media site’s current ubiquity, but it’s not even nine years  – April 23, 2005, to be precise – since YouTube’s first video was uploaded by Jawed Karim, one of the site’s co-founders.

You can look at it now and be amazed at the banality of the 20 seconds of Karim awkwardly announcing that he is at the San Diego Zoo.  It was, however, the start of something incredible.

Driven by increased internet bandwidths and the rise of smart phones, it’s heralded an unprecedented change in consumer habits. News websites prominently feature video, advertisers and marketers clamour for the elusive chance to have their offering ‘go viral’, companies post video on their corporate websites while experts comment that video has become the primary channel for consuming content online – particularly through mobile platforms. 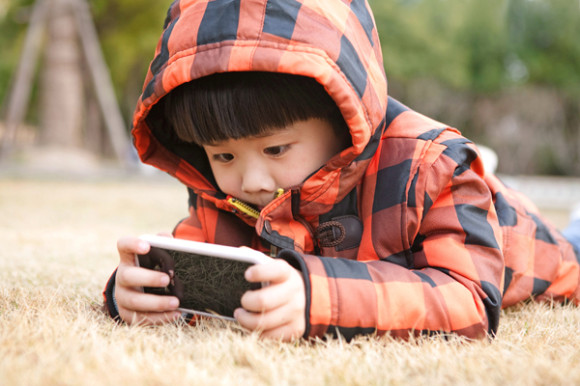 Perfection is no longer sought after. It has to be real, easily digestible and it has to grab our attention – fast. Image: Getty

At Getty Images, we have had an e-commerce enabled video product since 2002, which has grown to a collection of 1.8 million downloadable clips with footage ranging from the 1890s to the present. We have witnessed video downloads increase by more than 10,000% in the last ten years. It’s safe to say that video use is on the rise!

You can chart those videos through the ages: the early years of formally-dressed, highly-stylised shots of people self-consciously lifting hats to salute the strange and unusual sight of a cameraman; the jerked and fractured images of World War I; the eclectic art deco excitement of the Charleston era . . . each decade marking the events of the time and showing the gradual acceptance of film as a part of our lives.

But gradual has now gone.

Today the human race communicates with itself in ways that would have seemed extraordinary even at the turn of this century. Facebook was first developed in February 2004 and already is ubiquitous, as is Twitter, which hit the world in July 2006. Instagram is heading the same way but was only launched in October 2010. Snapchat, which recently knocked back a $3 billion takeover offer from Facebook, launched in September 2011 and specialises in the impermanent – text and photos that disappear after a few seconds.

From video sharing on Facebook to 15 second videos on Instagram, six second videos on Twitter’s Vibe app (with a tip of the hat to Hemingway’s six word story) and vanishing photos . . . the next big thing is just around the corner and the only thing certain about it is that first we will be amazed and then we will adopt.

Our life has changed in the instant of the internet and while the sheer numbers give some idea of the size and scope of the change, what is often not appreciated is just how profound that change has been in the creative area.

At Getty Images we’ve noticed a shift in the type of video content our customers’ request, and that comes in through our own contributors, our video partners and our partnership with the video sharing site Vimeo (Vimeo contributors are invited to submit their original content to be reviewed and potentially licensed through Getty Images).

Today’s style is born of the quick snapshot, the constant refresh, the search for the new, of the need for a visual reality to bridge the virtual distance. It comes out of the ease of the smartphone and the concept of crowd sourcing. Crowd sourcing has huge potential: it promotes brand loyalty and thousands of customers can generate a unique range of creativity.

It’s gritty and real and can look semi-amateur, and it has taken off so that even the best of professional photographers are producing images and videos with the same look and style.

The look is very authentic, perhaps shot by someone who isn’t professional. It speaks directly to the audience.

It’s a style that we are going to see more of with smartphones increasingly equipped to record HD video. The language of video is changing, becoming shortened so that the message, the engagement, grabs the viewer within the first couple of seconds. Instant gratification, or else: the next video is always on offer.

The popularity of Snapchat shows that there are many seeking content that is ephemeral – content that is gone as soon as it has been viewed. They don’t interact with those images as keepsakes; they aren’t looking to create a memento to stick on a wall in a frame. The images serve as a method of communication – a disposable visual language and dialogue.

Technology has driven this change. Our parents’ and grandparents’ generations valued imagery as rare keepsakes, visual reminders of life’s significant moments – not a means of communicating what they ate for dinner to the world via social media.

Some images are still being used that way, but images have moved along now. Because of the speed in which we can shoot and share, images have become communication tools themselves. It’s easier to photograph something and send it to somebody than it is to try and describe it, and cheap, efficient, instant technology has made that possible. The same is true of video, which until recently was the preserve of the professional or the well-to-do.

Audiences are already visually attuned when it comes to video – it is constantly served up via television, cinema, YouTube and our own mobile phone clips. Our familiarity with video and its ease of access and use has us all – consumers, marketers, advertisers – understanding that while a still photograph can record a specific moment, video records people participating in that moment.

It gives us the ability to tell a story like never before in history; to relate and recall a story in a form that is authentic, informative and easily digestable.

Video enables you to grab people’s attention in a matter of moments, to intrigue them enough to dedicate a few minutes to watching the rest of the piece. This is important, as we live in a world where time – and attention – are valuable commodities. Facebook, Twitter, Instagram, Vibe, Snapchat and other social media platforms have conditioned us to communicate in very small snippets, and in s short space of time.

We’ve gone from long letters written on both sides of the paper, to emails, to instant messages, to tweets that are 140 characters and now to six second videos. It seems that the speed of communication has become as – or more – important than the depth of communication, and the strength of video is that it enables you to communicate more, with the possibility of more drama and excitement, in the same time it takes you to read a Tweet.

And, with millions of images and videos to choose from on Getty Images alone, the question has become one of finding your way through that mountain of content.

Creative experts who can filter through and curate content to ensure that the right content is used to communicate a particular message are crucial.

As Rebecca Swift, iStock’s head of creative planning, wrote: ‘Curators need to have the ability to conceptualise, contextualise and to tell stories.’

Curators need to be one step ahead. They need to know what consumers are talking about on social media; what experiences they’re capturing on video; know where they are hanging out online.

As customers and contributors we appreciate cleverness and playfulness with visual content. It doesn’t have to be a huge production, just thoughtful and considered.

So what about the future? If you consider that 20 years ago the pinnacle of sharing content was the manual reproduction of tangible objects being posted across the world in an envelope, then it’s easy to see that predicting the future is a fraught undertaking.

But there are a few things that many agree on. Video will continue to improve in quality and quantity and that improvement will be driven by technological advances and increasing demand.

At the moment 94 of AdAge’s top 100 advertisers run YouTube campaigns and video is expected to account for 86 per cent of global consumer online traffic by 2016. The rise in video development and consumption to date has been extraordinary and will increase exponentially as the shift from old media consumption to mobile devices on multiple platforms continues throughout the developed and the developing world.

Internet speed equates to a commercial advantage as markets across the globe race to embrace the revolutions and evolutions in visual communication.

This level of connectivity has brought us the ability to communicate with just about anyone at any time, but that also brings a fear that real human connection is being lost. That’s why we are now being drawn to images and video of things that are bespoke, tailor-made, handcrafted. We’re attracted to content that shows that it has been created with love and care as its basis.

Perfection is no longer sought after. It has to be real, easily digestible and it has to grab our attention – fast.

We want to be told a story, so let’s end with a challenge to produce a complete story on video in six seconds. Something like For sale: baby shoes, never worn.