AANA: Qld gov’s proposed regulation of outdoor advertising “a sledgehammer to a nut”

AANA: Qld gov’s proposed regulation of outdoor advertising “a sledgehammer to a nut” 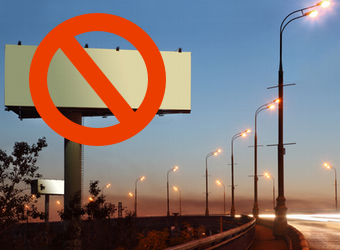 The Australian Association of National Advertisers has spoken out against the recommendations of a Queensland Parliamentary Committee that the Queensland Government regulate outdoor advertising in that state.

The AANA says that the report, which was released on Friday, “contains a series of recommendations which are inconsistent in tone and substance with the findings of the Committee.”

“We are most concerned that the Committee has recommended the Government take a sledgehammer to a nut in relation to outdoor media in that state,” said Alina Bain, director of operations and regulatory affairs for AANA, which administers the industry’s self-regulatory body, the ASB, and which presented evidence to the Inquiry and participated in the review.

“The recommendations are a heavy handed approach to deal with a negligible issue,” Bain said in a statement. “The level of complaint and breaches against outdoor advertising is very small in comparison to the amount of advertising which suggests that the existing self-regulatory system is working well and appropriately reflects community standards”.

“The Committee’s report acknowledges this, but then proceeds to recommend the implementation of a system which will allow Government to veto the current self-regulatory protections, and at a cost which will be borne by the Queensland public.

“The proposed regulatory structure will place Queensland businesses at a severe disadvantage against their counterparts in other states and runs contrary to the principle of uniform regulation of a national advertising and marketing industry.”

The AANA will, together with the Outdoor Media Association, seek to meet directly with the Queensland Government to address the recommendations in the Report.