Byron Sharp: Behavioural economics is not the biggest story in marketing

Byron Sharp: Behavioural economics is not the biggest story in marketing 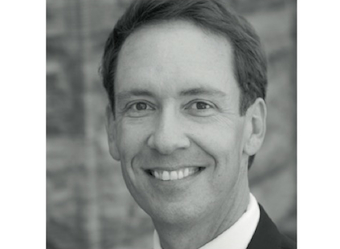 Marketing’s current fascination with behavioural economics is overblown, writes Professor Byron Sharp, director of the Ehrenberg-Bass Institute and author of How Brands Grow. (He even says something nice about Kotler.)

In this article I put marketing’s current fascination with experimental psychology in perspective. But before I start I must say something complimentary about Philip Kotler. Now, that probably seems odd given that ‘the Kotlerian view’ (that marketing is largely about developing a highly differentiated product that appeals to a distinct segment of the market; and that this gives high loyalty or a price premium) is completely out of step with what science observes of real-world buyer behaviour and brand performance. But there is still something right about the ‘Kotler school of marketing’. Let me explain…

Back when I was a university student, there were two competing views of marketing. One was the down-to-earth part of the Kotler/McCarthy view, loosely it could be called ‘the 4Ps view’ (price, product, promotion, place). Put simply, it emphasised that marketers construct marketing mixes to serve customers, who choose the best one for them.

I call this a down-to-earth view because it contrasts with a fanciful view that says that the really important part of marketing is imbuing brands with a cool image that manipulates buyers into buying – essentially the ‘loyalty beyond reason’ idea that people like Kevin Roberts today flog as something new. For me, even as an impressionable young student, this was overkill (as well as being of questionable ethics). But Kotler pointed out that consumers (‘other people’) weren’t stupid, or highly susceptible; their garages weren’t full of cars they didn’t drive, pantries full of food they didn’t eat and so on. Consumers looked for good products that suited their particular needs. And I was taught, correctly, that advertising was a weak force.

Unfortunately, many marketers find themselves in the frustrating position where advertising and media decisions are the only ones they can control, and media is something in which they have had very little training. So being told that advertising can work magic on consumers is very attractive.

Today, there is much interest in subconscious decision-making, as there should be, because buying rarely involves a great deal of conscious deliberation. Unfortunately, along with this sensible interest in ‘fast buying’ and ‘low attention’ comes the silly notion of strong psychological effects. We all learned years ago that the claims of subliminal advertising were faked, and that such effects are trivial at best. Yet today I hear people making claims that sound an awful lot like the old myth of strong subliminal effects.

Neuroscience is fashionably dragged in as support: ‘Oh, look, this part of the brain lights up when people see a brand they know well and buy – this proves that brand preference is due to brands forging strong subconscious emotional bonds.’

This is a gigantic leap of logic! It is worth noting that no serious neuroscientist has made such a claim, nor been willing to support such a claim. More realistically, familiar things are familiar, and familiarity is important. We don’t need to layer on more fanciful theory.

Finance is also dragged in as support. Yes, brands are worth a fortune, but that’s because they have built a customer base that is likely to buy next year and the next. Brands have, through successful trading, built mental and physical availability that is very valuable because it enhances the probability (i.e. reduces the risk) that profits will continue to come in for many years. Brand value is not because consumers have been manipulated or brainwashed into being irrationally loyal, or irrationally willing to pay too much.

Too much has been written claiming that ‘behavioural economics’ (what used to be called psychology) now gives us a totally new view of the consumer – but did anyone ever believe that consumers were rational utility-maximisers with perfect information, zero search costs and limitless time? Economists moved on decades ago from this early model, and it’s a straw man argument to pretend they haven’t.

But what really worries me is that this infatuation with theatrical psychology lab experiments – that show participants in lab experiments can be nudged without knowing it – is bringing back a discredited theory of brand image of besotted/manipulated consumers.

These psychology lab studies produce highly fragile results (see chronicle.com/ article/Power-of-Suggestion/136907). If you try to replicate the experiment you are unlikely to get the same finding. Now, it’s impossible to perfectly replicate any experiment (you’ll be in a different time to start with, with different researchers, respondents and so on) and these lab results are affected by even tiny changes. They are the ‘delicate flowers’, the ‘show ponies’ of the research world. Outside the lab, out in the real world, these (always surprising) results seldom, if ever, occur and when they do they are usually far, far weaker.

In 2012, when interviewed for the world’s top ranked science journal Nature, behavioural economist and Noble Prize winner Daniel Kahneman lamely tried to defend the fact that so many psychology results fail to be replicated even under laboratory conditions: “The conduct of subtle experiments has much in common with the direction of a theatre performance… trivial details such as the day of the week or the colour of a room could affect the results, and these subtleties never make it into methods sections.” (Yong, 2012). But what is the difference between a result that is so sensitive to trivial details and no result at all?

Unsurprisingly, there is good evidence that many findings in marketing journals are one-offs and unrepeatable (see Hubbard and Armstrong, 1994).

Some consumer psychology findings have even recently been discovered to have been faked, just like the subliminal advertising in 1957, but this time by university professors (see this article about a fake study). The preoccupation with laboratory experiments, rather than working with publicly available real-world data opens up unique opportunities for fraud.

Yes, consumers use heuristics to make ‘good enough’, not perfect, decisions. But they use these heuristics because they work rather well. For example, the assumption that higher-priced items are better quality works pretty well because it’s largely true.

Yes, consumers can be nudged by presenting things in different ways (framing effects), but this is not the biggest story in marketing – persuasive presentations are actually a small part of advertising.

So, a word to the wise: do tests to see if your ‘nudging’ can increase demand, don’t believe the hype and don’t forget that the main reason your sales aren’t what you’d like them to be is that your brand doesn’t have the mental and physical availability to produce the demand that you would like. And no ‘hidden persuaders’ are going to fix that problem.

Professor Byron Sharp is director of the Ehrenberg- Bass Institute at the University of South Australia. The Institute’s ongoing research is sponsored by ANZ, Carlton United Breweries, Foxtel, Kmart, Lion Dairy and Drinks, PepsiCo, Schweppes and many others. He is author of How Brands Grow (Oxford University Press) and the new textbook Marketing: Theory, Evidence, Practice. Visit Marketingscience.info or tweet @ProfByron.

« Skye by Crown competes in property as an object of desireBring your A-game to the office: Who is really responsible for building staff morale? »