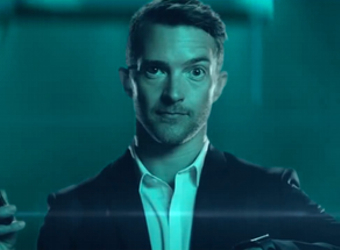 After the storm comes the rainbow. Vodafone Hutchinson Australia recently recorded its first mobile subscriber growth in almost two years. Back in 2010, the telco boasted 7.5 million mobile subscribers, but by November 2013 that figure had dropped to just under five million. (Compare that to the 15.3 million mobile customers of rival Telstra or the 9.4 million of Optus.)

December marked the first period of positive growth for the company in almost two years – partly due to a temporary promotion that doubled the amount of download data available to new customers, as well as a move to cut the cost of global roaming.

The company now claims to have signed over a million customers to its 4G network and has added 40% more network coverage over the last 18 months. It’s network improvements such as these that have formed the core of Vodafone’s rebirth message.

Vodafone went from a youthful and promising brand to a laughing stock within the telco market. From poor customer service to dodgy billing, it seemed the company could not put a foot right back in 2010, bleeding enough customers to fill the MCG five times over.

The biggest hole in to the telco’s armour sat within its unreliable phone network, which was the first place management went to patch up the haemorrhaging business.

“The recognition that something had to change didn’t come through a recognition [that] obviously there was a certain loss of customers,” says Vodafone’s chief marketing officer, Kim Clarke. “It came through in the general recognition from a core product perspective – in terms of network and perception of the network – that was the key thing that needed to be addressed.”

The company’s recent turnaround in customer sign-ups has been attributed to the three-year transformation plan created a year and a half ago under the guidance of outgoing CEO Bill Morrow.

“The core of any program is addressed at root cause, the root cause for us being network. At the tail end of 2012, and the first part of 2013, we made a very conscious decision as a business to really just knuckle in and focus on network as a business, and that’s exactly what we did,” says Clarke.

“When you’ve got an issue, it’s like having a relationship with somebody. If there’s an issue in that relationship, the worst thing you do is actually to hide somewhere. The best thing that you can do is front up and start to talk to those customers, and even prospects, the market in general, about what’s really going on,” she says.

The new strategy was to be one of ultimate transparency and an open dialogue with the market in general. The response, according to Clarke, has been nothing but positive from what was, for a time, an exceptionally unhappy consumer group.

After rebuilding its core, the network, the next step for Vodafone was to tell everyone about it. A multimillion-dollar campaign called ‘Discover the New’ was launched late last year and included a refreshing of the brand’s look and feel in its retail stores, online and in collateral, and was supported by an outdoor campaign and TVCs.

Brand consultant and CEO of Brand Behaviour, Karl Treacher says the new brand message will be perceived approvingly, but he warns the telco has to ensure it aligns the experience it is giving its customers to the message they are putting out there.

“I think the way that the people will perceive the ‘Discover the New’ message will be in a really favourable light, that Vodafone have understood that they haven’t necessarily created a positive experience through their network over the last few years.

“But they have done something about it and there is a new Vodafone and they’ve tidied up their errors,” he says.

Treacher warns that Vodafone needs to be very careful that the brand is much more about the experience – demonstrated by the loss of customers – rather than the brand’s above the line advertising. 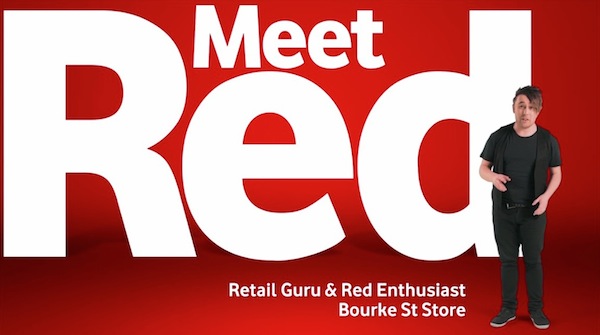 According to Clarke, feedback on the campaign is nothing short of glowing. “They’ve been incredibly gracious with us as a business,” she says on the rebrand. “When you actually do address that root cause, you do make sure that you’ve actually got your pores open to listen to customers, and they really respond incredibly well… and that’s our existing customer base as well as our new customers that we’ve got coming back onto the network.”

When the ‘Discover the New’ campaign was launched, Clarke described the new look Vodafone as always being a bit left of centre. “Vodafone’s brand has always been different from its competitors – it’s fun, irreverent and fresh,” she said at the time.

But it was this ‘childlike’ view that landed the telco in even more hot water, with the launch of its now infamous ‘Kidult’ spot, which saw the Advertising Standards Board receive more complaints than for any other ad on television last year.

The spot features baby heads superimposed onto adult bodies, seeing them mixing music, driving cars and dancing in nightclubs. It was too much for viewers, with complainants saying the spot was “creepy” and “encouraged the sexualisation of children.” 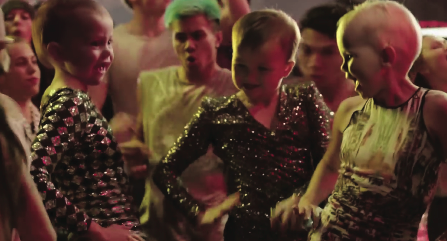 “They lost so many customers, and then they go to market with a thing like ‘Kidult’, instead of addressing the burning issue,” says Treacher. “I’m surprised that Ogilvy [& Mather Sydney], or [Kim] Clarke, or whoever was in charge, didn’t see that the network had to be the area of focus.

“It was just irrelevant,” he says. “It wasn’t objective and I imagine it was confusing to present and former customers.” 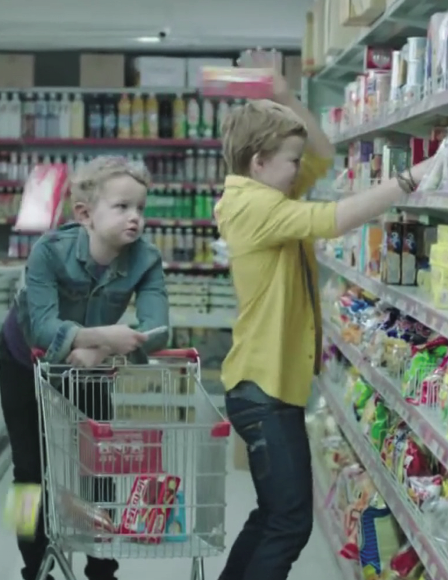 The customer exodus and the most complained about commercial on television notwithstanding, the show had to go on. There was still a rebrand to complete. The transformation, according to Clarke, started from the inside out, with the company taking steps to fix what has been described by insiders as an ‘inconsistent’ culture. It did this by getting the entire company back on the brand message.

“We started with our employees first,” says Clarke. “You get your employees engaged with your brand, critiquing anything about it and making sure that we’re addressing the issues that are associated with the service that we’re delivering and also how they’re experiencing their work at Vodafone.”

The brand then sensationally pulled all of its sporting sponsorships – tens of millions of sponsorship dollars from its agreements with the Australian cricket team, the summer Test series and its V8 Supercar team. Vodafone instead decided to pour the money into building an onshore call centre in Tasmania, which will eventually create 750 call centre jobs in the state.

“That was an excellent idea,” says Treacher. “I say that because if they were to continue investing in things that weren’t the main ‘pain point’ and were instead investing in things around traction and awareness it would seem like a misalignment of priorities.”

Will a new CEO be able to keep the momentum?

Credited with the company’s turnaround is Vodafone Australia’s chief executive, Bill Murrow. After he was assigned the task of slashing costs and improving profitability while the customer base crumbled around him, Murrow projected publicly that Vodafone’s fortunes would take a turn for the better beginning in the first half of 2014. Recent figures released by the company show signs this is starting to come true.

Murrow, however, quit his post last December to head up NBN Co, to oversee the construction of the country’s broadband network. His replacement is Vodafone Romania’s chief executive Iñaki Berroeta, who took over in March this year.

Clarke is adamant the positive growth Vodafone has experienced under Murrow’s direction will continue through the change in leadership.

“We’re confident in the plan that we’ve laid out, and we’ve had such success and momentum driven off the back of that plan. It was made very, very clear that [Berroeta’s] job is actually just to maintain and accelerate that trajectory,” she says.

“Obviously with any plan as you move along with it, there are moves and changes and adaptations, that is just normal execution, but the course has been set and we’re riding the wave.”

“They’re coming back in droves”

In January, Vodafone reported its customers were returning to its network “in droves”, saying it has placed more than one million 4G devices in the hands of its customers just eight months since its 4G network was launched in June 2013.

In a statement released by Vodafone at the time, the telco said the speed with which its existing and new customers were embracing 4G devices had surpassed its expectations, the main selling point being that Vodafone was able to offer data speeds and inclusions unmatched by rivals Telstra or Optus. Tests commissioned by Fairfax in January this year found Vodafone’s 4G speeds trump Optus and Telstra in Melbourne and Sydney, but coverage lags that of its rivals.

There is still room for a few tweaks within Vodafone’s messaging, says Treacher. “I would still be a lot more explicit around its network. I mean, we all know that the primary reason people were leaving was because of the network issues and the coverage issues, and that’s where the game’s being won by Telstra at present.

“I think it’s too early to go to market with a brand message that is anything other than ‘we sorted our network out, here’s how it’s panning out’,” he says.

“As much as some detractors joke about Vodafone’s well-known network issues in 2010, the fact is in 2014 Vodafone’s networks, both 3G and 4G, are offering consistent fast, reliable data speeds right around the country,” Clarke said at the time. 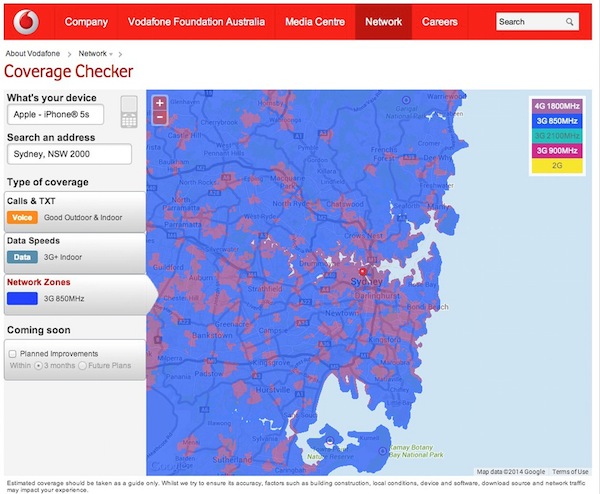 So has Vodafone done it? With a network that is still very much in a growth phase and a reputation taking its first steps towards mending, all dials are so far pointing in encouraging directions. How Vodafone can sustain this is a matter for a follow-up article, but it will be an interesting saga to watch.

« Double Trouble: How do you engage the ADD generation?Founder of wearable tech start-up Instabeat on crowdfunding’s global reach and angry emails »